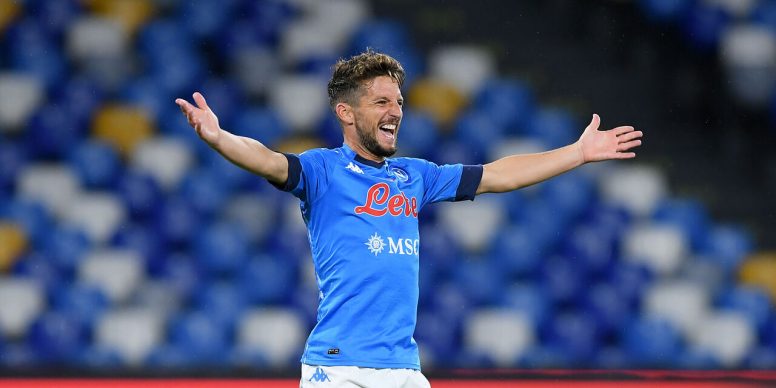 With the news of Lorenzo Insigne’s departure confirmed, Napoli are preparing to lose another star striker in soon-to-be-free agent Dries Mertens. The Belgian ace is in his ninth season in southern Italy and has emerged as one of the club’s most significant players.

Nevertheless, Napoli did not offer an extension of the contract, the last extension will come in summer 2020.

Mertens is reportedly interested in staying in Italy. In light of this, Maurizio Sarri’s Lazio have emerged as a contender for ‘Ciro’s signature, according to reports Corriere del Mezzogiorno (about TuttoNapoli).

The versatile striker will soon be 35 years old. Lazio president Claudio Lotito and the club’s management believe a deal is quite possible but the player’s stance is unknown at this time. Mertens has prioritized Napoli and will first assess his position at the club before potentially moving elsewhere.

Sarri himself is in the midst of extension talks about renewing his managerial contract and much of that progress hinges on the Biancocelesti promises the ex-Chelsea and Napoli manager big signings in the upcoming transfer windows. Talks have already taken place between Lazio and Napoli to assess the striker’s availability.

Mertens has scored 145 goals in 391 appearances Partenopeiwho joined the club from PSV Eindhoven in 2013/14.