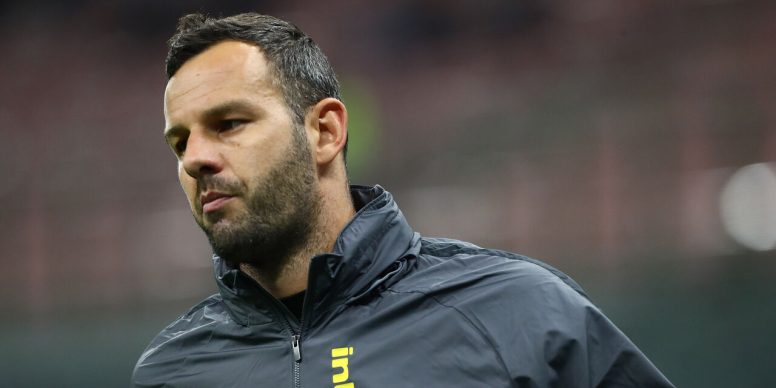 With the Serie A season drawing to a close, teams are counting on their best players to maintain consistent form leading into the season finale. And few players are more important than goalkeepers.

Out of all the top 3 contenders for the scudetto title, Inter have maintained the best defensive record in the league, conceding just 24 goals in 31 games despite having an extra game in hand.

Great credit goes to veteran goalkeeper Samir Handanovic who, despite being 37, is proving to be as influential as ever in his performances. The Slovenian ace is the only one Nerazzurri Player who didn’t miss a single minute in Serie A in 2021/22 – with 2,790 minutes – on par with Sassuolo goalkeeper Andrea Consigli and Roma new signing Rui Patricio (2,880 minutes after playing one more game).

Additionally, Handanovic has an 81% save rate (84 saves from 104 shots on target) making him a force to be reckoned with on the field.

Milano have been in good hands with Samir so far this season #Handanovic and Mike #Maignan🧤 pic.twitter.com/Ny4adVf0jp

Inter have kept 14 clean sheets in 31 games so far, the most in their entire previous title-winning campaign. The club’s record for most clean sheets was set in Serie A 2018/19 when they registered 17 to their name.

With seven more games to go, Inter can expect to break that record thanks to their improved form since beating Juventus in the Bundesliga Derby d’Italia Early April.

Inter have signed André Onana as their new goalkeeper for the coming season on a free transfer. Samir Handanovic tells Dazn: “It’s not a problem for me, I just want Inter to get stronger.” 🔵 #Inter

“I’m out of contract in June – I hope we can come to an agreement, but nothing is decided yet.”

Inter Ajax goalkeeper Andre Onana has reportedly signed between the posts to replace Samir Handanovic and the veteran’s form is sure to give Simone Inzaghi a headache.