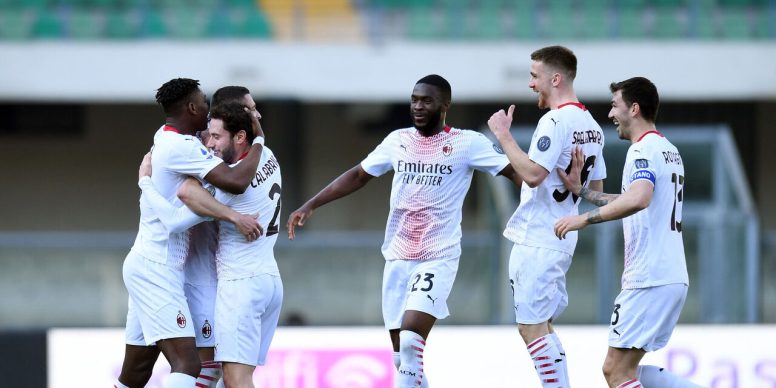 Two goals from Rafael Leao and Junior Messias helped Milan to a 2-0 defensive win over Genoa. The hosts scored a quick opening goal and let their defense go to work Rossoblu The offensive failed to build momentum. The Genoa defenders also put in a strong game, but the early deficit was too big to close and Milan were able to work their way back into first place.

The Milan goalkeeper had practically nothing to do as Genoa only managed a single shot on target. That one shot was a vicious late try, however, and Maignan made a great save to save the shutout.

After a solid first half, the young centre-back seemed to lose confidence and made some questionable decisions in the second half.

Tomori completely neutralized Piccoli in the defensive third, knocking out the young striker whenever he got the ball. He was also often in possession for Milan and played clever, safe passes.

While Gabbia slipped into the central defender position, Kalulu switched to the left full-back position. The young defender had an immediate impact on the game, throwing in a nice cross for Leao to score the opener. After just seven starts last season, the 21-year-old has emerged as an elite defender.

Hernandez offered strong defensive play and was a constant threat on the left wing, especially when Leao got going.

In the double pivot with Bennacer, Tonali won several tackles and helped Milan keep the ball for a long time during the game. He often received the ball from the defensive line and tried to ease the game in a progressive direction.

Although Bennacer wasn’t in the elite form he’s been lately, he put up a pretty good game and distributed the ball well from his reserved defensive midfield role.

Despite previous failed attempts to play Kessie as an advanced midfielder, the Ivorian looked pretty good against Genoa. When receiving the ball, he found oncoming attackers in space and kept the ball well against the veteran Milan Badelj. While he doesn’t have the creative skills of Brahim Diaz, Kessie’s performance was, on the whole, positive.

Leao made a great run to score the opening goal but otherwise was ineffective in the first half against Genoa. Like Torino last weekend, the grifone double tagged the winger and tried to limit space behind the main defender. In the second half, Leao improved a lot and was able to create several chances.

The winger returned to his poor form after a solid performance against Torino. He had one of the best chances of the game and missed a perfect opportunity from ten meters out in the first half. The Belgian desperately needs to improve his finish as he has only managed 6% of his shots for Milan.

Another poor performance from the French forward, who had just one shot (not on target), 17 touches and a 40% pass rate.

The Brazilian replaced the injured Saelemaekers and scored the decisive goal. His fresh legs gave Milan a much-needed boost of energy down the right wing.

Rebic’s pass left a lot to be desired but he was solidly relieved by Giroud.

Only two points separate AC Milan and Inter at the top of Serie A 🇮🇹 pic.twitter.com/DwtEsWsdId

The Italy international didn’t stand much of a chance in either of Milan’s two goals and he remained strong as a goalscorer Rossoneri The offensive found its rhythm in the second half.

With Mattia Bani helping defend Leao, Ostigard was left as the main defender against Giroud. Despite getting a critical turnover in the second half, he had a good day overall.

Despite Milan scoring a quick opener, Genoa’s defense was organized and in control for most of the game, largely thanks to Bani. The centre-back gained quality, calculated challenges and clipped Leao’s creativity on the wing.

Vasquez got off to a decent start against Kalulu but took a hit early on and then struggled with the left-back.

Hefti played an important role for Genoa both in offense and in defence. He frequently drove the ball down the wing and attempted to whip in crosses while defending against Leao at the same time.

In his typical defensive midfield position, Badelj remained cautious just above the defensive line. At times, while intercepting a few key passes, he gave Kessie too much space, almost costing his team dearly.

Despite not playing as a defender, the 21-year-old was active and aggressive, winning eight tackles in the game.

Galdames might have had the best chance of the game for Genoa but he just sent his shot up and wide.

Alongside Hefti, Amiri was one of the few players to create a chance for Genoa. He played a versatile role, floating from side to side looking for space to exploit. In the second half he showed his high work rate and won an important duel outside the penalty area.

Ekuban created a decent chance early in the attack third, but otherwise had practically no influence on the game. The striker was quickly substituted in the second half.

Piccoli had a couple of nice moments falling back into midfield in support but he was utterly dominated by Tomori throughout the game.

It was a bizarre substitution for Genoa’s leading goalscorer. Immediately after coming on, he attempted a pathetic 40-yard shot and spent the rest of the game yelling at the ref.