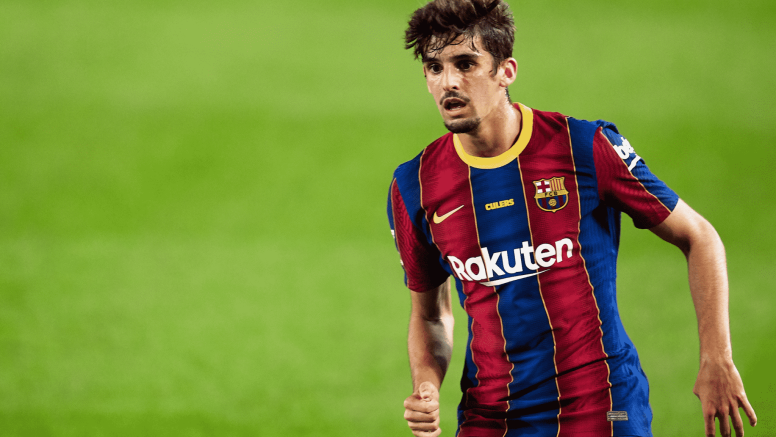 Recent reports suggest that Barcelona are ready to move from 22-year-old Portuguese winger Francisco Trincao in the summer.

Trincao, currently on loan to Wolverhampton Wanderers where he has settled well and enjoyed a good run of games as a key player, joined Barcelona from La Liga club Sporting Braga in 2020.

Coach Ronald Koeman used it sparingly but he never managed to leave an imprint on the side. At the start of the 2021/22 season, Barcelona loaned him to the Premier League where they hoped he would spend some playing time and become an important player for the team in the future.

Reports now suggest that Barcelona are not seeing their former highly-rated winger as part of Xavi Hernandez’s new look, and are ready to walk away from him.

Spanish journalist Tony Guanmarte, who broke the news, claims Barcelona are looking to move to Trincao because Wolverhampton, who have loaned him with an option to buy on a £25m clause, are not interested in the player.

Barcelona are also chasing Leeds United winger Rafinha and are in talks with Ousmane Dembele to extend his contract, so he will need funds to fund these two transfers.

So far, Juanmarte has reported that there are no suitors in sight for the winger, but Barcelona have no intention of keeping him beyond this season.

Meanwhile, Robert Lewandowski’s agent, Benny Zahavi, is pushing his client to move to Barcelona in the summer, according to reports.

News of Barcelona’s pursuit of Bayern Munich striker Lewandowski has made headlines over the past few days. The 33-year-old Poland international will enter the final year of his contract with the German giants in 2023 and there are no reports of an extension being possible, despite Bayern’s desire to get Lewandowski to deal with a new deal.

Bayern Munich chief executive Oliver Kahn said on Tuesday that reports regarding Lewandowski’s departure from the Allianz Arena at the end of the season are nonsense and that he will stay for the duration of his current contract.

But the Spanish outlet sports Reports now indicate that the forward’s agent, Pini Zahavi, is looking for an exit from Bayern Munich.

sports It is alleged that Zahavi’s relationship with the club has broken down since the club failed to negotiate properly with his other client, David Alaba, who joined Real Madrid last summer on a free transfer.

During those negotiations, Bayern Munich president Uli Hoeness called Zahavi a “greedy piranha”, which was the straw that broke the camel’s back for the super agent.

It remains to be seen if Zahavi can get a deal for his client to spend this summer, but Bayern are quickly realizing that they could lose Lewandowski for free next summer, which would certainly suit Zahavi.