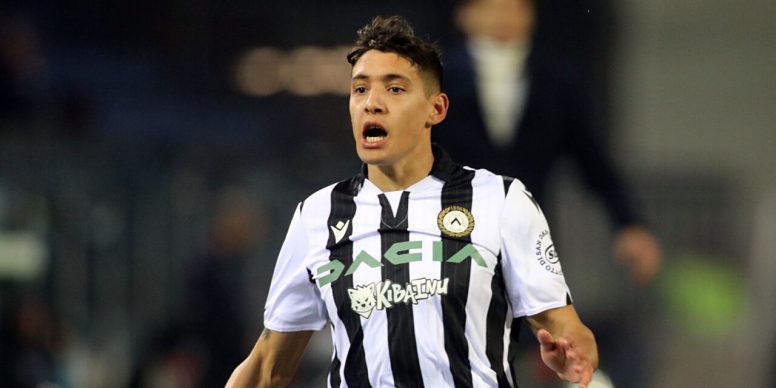 Udinese full-back Nahuel Molina has emerged as one of Serie A’s rising stars in his breakthrough season at Udine, having joined from Boca Juniors in 2020 after a loan spell at Argentine rivals Rosario Central. That Friuli has signed Molina on a free transfer and has signed with the club until the summer of 2025 and he is already repaying the trust the club has placed in him.

Strong performances attract the attention of big guns and Juventus in particular are reportedly keen to bring the Argentine talent to Turin. He has scored more goals (6) than any other defender in the league and now has four assists.

The 24-year-old has now responded to the interest of the Bianconeri in him in an exclusive interview with Tuttosport.

“The interest from Juve and the big clubs is nice, but now I’m not thinking about it and I’m focusing on the league final with Udinese,” he said (via Calciomercato).

Having already scored six goals, the defender is looking for more ways to turn his opportunities into goals and promises to invite his team to dinner before traveling with the national team to Qatar for the world’s biggest footballing event where he dreams of being alongside Playing Idol Lionel Messi.

“I score 10 goals and take the whole team out to dinner. Then I dream of the World Cup in Qatar with Messi.”

He then went on to name the full-backs he looks up to, all of whom play in the Premier League.

“My favorite full-backs are Alexander-Arnold from Liverpool, James from Chelsea, Walker from Manchester City and Cancelo.”

Finally, he revealed who thinks they can take the Scudetto championship title.

He said: “Inter will win the Scudetto.”

Udinese sit 12th in the league table with 39 points from 31 games as they try to finish in the top half of the table in just a few games.