Tops and Flops of Serie A Round 36: Lautaro Strikes, Leao Creates 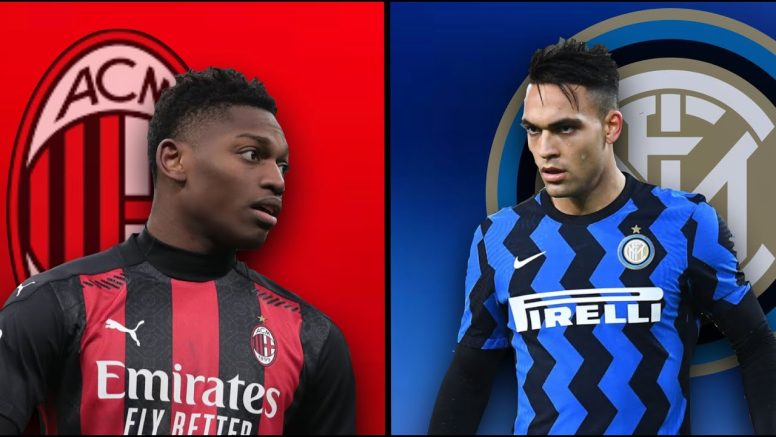 Anyone daring to suggest that Serie A is still a boring league full of cage encounters could have paid some attention to what happened last weekend. What a crazy round of football that was! Come-from-behind victories were the main theme of the weekend as even the top two had to tip the score in their must-win contests. So let’s recap the overwhelming action in our tops and flops from Round 36 of Serie A.

When Empoli scored the second goal of the game, a pin could be heard inside the Giuseppe Meazza as the stunned crowd watched as Inter’s title hopes were dashed before their eyes.

Lucky for them BeneamataHis hopes were revived thanks to an own goal, but after that it was Lautaro Martinez’s show.

The Argentine equalized before half-time with an exquisite finish before putting his side ahead in an equally fabulous manner after the break.

The reigning champion is still in the Scudetto race, and they owe it to their deadly number 10.

Although it was Sandro Tonali who put his name on the goalscoring list, it was the Portuguese striker’s superb runs, fabulous dribbling and exquisite passing that were primarily behind the Italian’s brace.

With the Coppa Italia final looming, perhaps Massimiliano Allegri wanted to leave the Luigi Ferrari Stadium with as little damage as possible.

However, you’d think the Juventus manager would be willing to ease it up a bit and allow his players to enjoy themselves after securing their place in next season’s Champions League.

Nevertheless, the Livorno native went away empty-handed on both points. His side put in another memorable performance, while Genoa staged a stunning comeback that was sealed with a last-minute penalty from Domenico Criscito.

Perhaps for the first time, the weekend’s top manager had actually lost his match. But overall, Sinisa Mihajlovic will always be a big winner.

Despite being in the midst of a second battle with leukemia, the Bologna coach insisted on being present in the dugout alongside his men who faced Venezia in Round 36.

Although the Rossoblu suffered a late setback in an epic back-and-forth battle, the best manager in Serie A in April made all the right moves from a tactical point of view, especially when he came on for Riccardo Orsolini who helped the team tip the score from 0-2 to 3-2.

But at the end of the day, a particularly soft penalty turned the tide in the Venetians’ favour.

We talked above about the collapse of Empoli, Verona and Bologna. Three midfield teams with little room to maneuver who failed to hold the lead against more enthusiastic opponents. We can also include Juventus in the same wave after securing a place in the top four.

So football is once again proving to be a game of grit and determination, and more often than not it’s the team that comes away with the win, simply the ones who want it more, regardless of tactical and technical Skills.

Let’s give some props for the bottom four as they fight hard to stay up. Barring a major upset where either Spezia or Sampdoria would drown on the final day, only one of Cagliari, Salernitana, Genoa and Venezia will survive.

But for the first time in a long time, not a single Serie A team succumbed to relegation before the end of the season. Before Round 36, most observers thought Genoa was already doomed, but the Ligurians staged an epic comeback against Juventus. Even Venezia still believes in his chances, as shown by the dramatic fight against Bologna.

Salernitana and Cagliari faced off in a tense affair that ended with the two equalizing in the 99th minute isolani who saved their chances.

It’s refreshing to see how nobody is willing to say goodbye to Serie A football without putting in a proper fight.