Tops and Flops of Serie A Round 34: Inter Overwhelm Mourinho 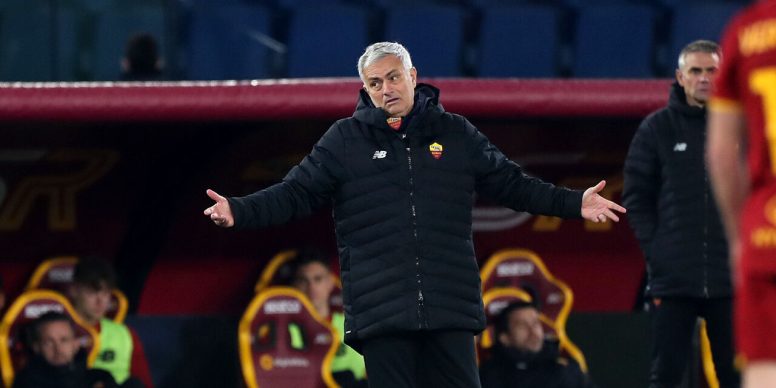 What a rollercoaster ride of a weekend that was! In the two battles between the Milanese and the Romans, the northern city asserted itself as an epic scudetto The battle between Crosstown’s rivals lives on. Elsewhere, Empoli completely turned the tables on Napoli in the last 10 minutes, while Salernitana shocked the world by beating Fiorentina as they continue to tease an extraordinary escape. So here are the weekend’s best and worst players in our Serie A Round 34 tops and flops.

What a masterful performance from the Colombian from start to finish. He single-handedly brought down Venezia and played a direct role in all three Atalanta goals.

His brilliant run to the box set Mario Pasalic’s opening goal, delivering a tap-in to compatriot Duvan Zapata after a superb assist before earning his name on the scoresheet. The 31-year-old was also unlucky when his shot hit the post.

Those were the kind of displays needed to reignite La Deas fading European hopes.

On such an eventful weekend in Serie A, we can find a little more room to praise another top performer from Round 34.

Perhaps the Torino-Spezia encounter went under the radar due to its minor importance, but Sasa Lukic still managed to illuminate the competition with a lively performance.

The Serb converted brilliantly from the point before completing his brace with a stunning shot while shaping the game in the middle of the park.

After Alex Meret’s error, which culminated in Napoli’s shock defeat at Empoli (and subsequently ended what was said to be their scudetto hopes), it is easy to blame the steward for the outcome.

However, the Italian goalkeeper is neither the first (see Donnarumma, Szczesny…) nor the last to fall into the trap of conceding a goal after failing to clear the ball properly.

At some point, coaches have to admit that they overwhelm their goalkeepers, whose main job is to defend the goal instead of launching attacks.

As the cliché says: Don’t hate the player, hate the game.

Italian football has always had managers who are considered experts in fighting relegation and Davide Nicola has officially inherited that rocky throne.

The 49-year-old led Crotone to a miraculous escape back in 2017 after spending the entire time in the bottom three. He saved Torino last season after taking over from Marco Giampaolo in January.

So could he pull off another stunning escape in Salernitana?

The Southerners have been described since the start of the season as a side with one foot in Serie B. But suddenly, the grenade are now 18th in the Serie A table after Round 34 and are on a three-game winning streak.

During Sunday’s game, Nicola even took off his shoe and angrily threw it to the ground in a bizarre attempt to motivate his players.

It finally worked as Salernitana managed to hold his lead. So who are we to question the man’s unusual maneuvers?

The good news for José Mourinho: he is still very popular with Inter supporters who chanted his name during the game against Roma.

The bad news for José Mourinho: the Inter players showed no mercy and practically ended the game early after scoring three goals in 50 minutes.

After the duel, the Special One said he was proud of his players who gave their all, but maybe he could have lined up his team a little better.

With Bryan Cristante unavailable, Henrikh Mkhitaryan was brought in in a deeper role (apparently Portuguese doesn’t like Jordan Veretout one bit), which may have allowed Inter to overtake the side Giallorossis light midfield.

That being said, the reigning champions were on a different level. Simone Inzaghi’s men looked focused, determined and absolutely disciplined in front of goal.

Marcelo Brozovic directed the show for the Nerazzurribut his teammates were all solid and composed as they continue their march towards scudetto Title.