Tops and Flops of Serie A Round 33: Brave Mourinho Punishes Cautious Spalletti 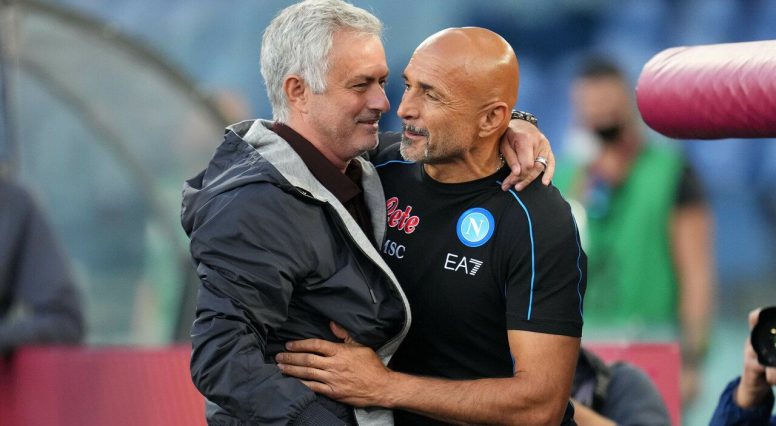 With a handful of rounds remaining before the end of the season, every game has become crucial for the clubs involved scudetto Races, the battles for European places or the relegation battle. Inter continued their march to the top of the table with a comfortable away win over Spezia, while Milan regained their balance by shaking Genoa aside at home. On the other hand, Napoli suffered another blow to their title hopes by dropping points at home while hosting Roma. So let’s look at the tops and flops of Serie A Round 33.

This seat was reserved for strikers in most previous editions. After all, it’s hard to deny this group as they hit hat-tricks or some spectacular braces every week.

But meet a man who can deny those strikers: Kalidou Koulibaly.

Despite Napoli conceding a goal at the end of the game (more on that later), the Senegalese defender was an absolute defensive monster, as he kept intercepting runs from Tammy Abraham, Nicolò Zanilo and all the other sponsors in the Roma shirt.

On Saturday night, Bologna were about to create something special. The Emilians shocked the Allianz Stadium with the lead and were able to fend off Juve’s attacks.

However, chaos ensued when the official decided to send off Adama Soumaoro after a video review. That Rossoblu had shrunk to ten men. But resisting Dusan Vlahovic and Co. for another 10 minutes was an option at that point, wasn’t it?

Well, not when Gary Medel decided to join his teammates in officials evil list and got a red card within seconds due to a storm of anger.

More was to be expected from the enormously experienced Chilean.

On Monday, Napoli were keen to win at Roma’s expense to stay within striking distance of Milan clubs, both of whom won in Round 33 of Serie A.

Lorenzo Insigne’s free-kick equalized Partenopei an early lead but Luciano Spalletti opted for a cautious approach against his former club, culminating in the substitution of Juan Jesus at his captain’s expense.

The experienced tactician willingly gave his opponents the initiative for the final phase of the match, which cost him two points in the end, and probably hit the last nail in his face scudetto ambitions.

They say fortune favors the brave. After watching his counterpart knock out a winger to introduce an extra centre-back, Mourinho did exactly the opposite, unleashing Carles Perez in place of Gianluca Mancini.

Although it ended in a draw, given the circumstances, this result can be seen as a moral away win for Roma and the Special One.

As if losing at home to the bottom of Serie A wasn’t bad enough, Sampdoria’s timid and uninspiring home performance against Salernitana was the downside of Round 33.

The Ligurians will be lucky enough to avoid a relegation battle but there is still work to be done to improve the squad ahead of next season.

Udinese have gone from strength to strength in the second half of the season and they have shown their skill, sidestepping Empoli with four goals to one while displaying some entertaining football.

The Friuli team is currently witnessing the rise of a new and exciting generation that will surely attract the interest of the big Serie A sharks next summer.

After chastising Milan’s embarrassing fourth shirt a few weeks ago, a good friend and colleague of mine (who happens to wear a Diavolo supporters) jokingly demanded a public apology following the unveiling of the equally gruesome Juventus fourth kit.

While I still find the Rossoneri’s efforts a little more appalling, Milan perhaps deserve an apology as they are far from alone in endorsing unnecessarily ugly fourth kits that only serve as bad publicity stunts.

Coincidentally, Juventus and Milan both lost points at home to Bologna while wearing their respective fourth kits.

Juventus has OFFICIALLY released their fourth kit, which will be debuted against Bologna this weekend.