The Day of the Verona Scudetto Miracle 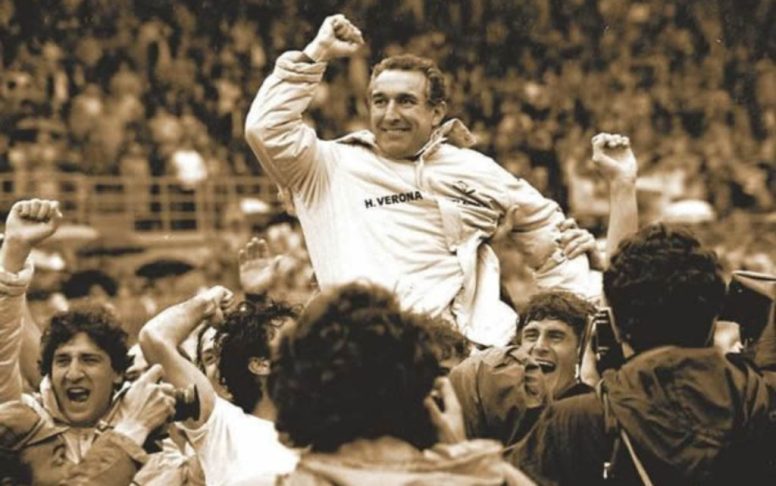 On May 12, 1985, people braced themselves for a miracle. An entire Italian city held its breath as they prepared to witness the local football club’s first and only victory. scudetto in her story. That city was Verona.

Hellas Verona traveled to Bergamo to face Atalanta in the penultimate round of the 1984/85 season. All they needed was a point. And a point they took when Preben Elkjaer Larsen canceled the lead from Eugenio Perico.

It was the day that changed history lime and from Verona. For the first time, the second largest city in the Veneto region was no longer just the city of Romeo and Juliet. It was no longer just the city of Pandoro, a traditional Christmas cake. For one sweet season, Verona became the capital of Italian football and the best expression of a time when fairy tales were still possible lime.

Serie A was a balanced affair in the 1980s. Between 1982 and 1991 the scudetto was won by seven different teams in nine years. Only in the following 31 years twice was the title that neither Juventus, Inter nor Milan have won.

But still, the giallobluThe feat of had no precedent in modern times. Verona prevailed from a duel between Michel Platini’s Juventus, Diego Maradona’s Napoli, Karl Heinz Rummenigge’s Inter and Paulo Roberto Falcao’s Roma. Even among the so-called ‘midfield’ clubs, clubs like Fiorentina and Udinese, led by their Brazilian stars Socrates and Zico, seemed better equipped than those Scaligeri.

And yet it was Verona who lifted the trophy just a season after claiming a remarkable – but no more… – sixth place in the table.

The link, the glue that held the team together as it was built piece by piece, was coach Osvaldo Bagnoli. A quiet, gentle man who was also known as a great motivator, Bagnoli held the reins of Verona for nine years, from 1981 to 1990.

The now 86-year-old legendary Bagnoli recently admitted to having partially lost his memory in an interview with the Italian newspaper La Republica. However, what he hasn’t forgotten are the days of his incredible performance and the drivers behind it:

“We wanted to exploit the motivations of those players who felt marginalized at their previous clubs. At Fiorentina, Di Gennaro was benched by Antognoni and Fanna had Causio ahead at Juventus. In Verona they were free and indispensable. We also found the right signings in the transfer market, Briegel and Elkjaer. Those were the days when players were real men.”

So who were Bagnoli’s “men” in Verona?

The squad of Scaligeri was small but solid. The Verona squad from the 1984/85 season is set Squadron Operaia (a “working team”), without absolute talent, but with a crowd of hard-working, reliable players who all knew what they were doing.

There was Captain Roberto Tricella, an old school Libero in the days when the sweeper was a key piece in most Italian lineups.

In midfield were Pietro Fanna, one of just six Italian players to have won the Serie A title with three different clubs (in his case Juventus, Verona and Inter), and the Azzurri National player Antonio Di Gennaro.

Top scorer was Giuseppe well Galderisi, a product of the Juventus youth academy, hit the back of the net 11 times, a feat that would earn him a place among the Azzurri before the 1986 World Cup.

But what really helped Verona was the arrival of two foreign players whose star had shone during the 1984 European Championship. On the one hand there is the German veteran Hans-Peter Briegel, who was in his sporting heyday at the age of 29 and had already won a European championship and contested a World Cup final. On the other hand, Denmark’s rising star Elkjaer-Larsen, who eventually formed an impressive forward partnership with Galderisi.

The spirited Dane has scored eight goals this season, including the crucial one for Atalanta and another more famous one for Juventus that helped him Scaligeri Raid the Stadio Comunale in Turin in an absolute scudetto six pointer. Elkjaer Larsen scored, despite losing his boot in the process, a feat that earned him the nickname Cenerentolo. (“Cinderella Boy”)

Verona built their success on their continuity as they only lost full points twice during the season campionato. With two games remaining on the calendar, they had built a four-point lead over Torino and Inter.

They needed just one more point for the law of mathematics to declare their victory, and their only regret was that their next game was scheduled Path. If things went as expected, they would not be able to celebrate their moment of triumph at their home Marc’Antonio Bentegodi Stadium.

Not that Verona wouldn’t feel supported in Bergamo. About 20000 on May 12th gialloblu Fans traveled from Verona to the neighboring region to witness their club’s rendezvous with history – making it one of the few games in history where there were more fans than home fans in a stadium.

But a brave midfielder, Atalanta, was ready to give that despite having nothing more to ask for his season capolist a run for their money. Coach Nedo Sonetti’s boys started the game offensively.

Their efforts were rewarded after just 16 minutes when 22-year-old Roberto Donadoni – a future key player in Milan’s fantastic winning cycle under Arrigo Sacchi and Fabio Capello – opened a breakthrough in goal gialloblupenalty area and served up a clinical assist to Perico, who only headed the ball home from point-blank range.

That Scaligeri‘s response was relentless but fairly inefficient. The Atalanta wall held for the rest of the first half. Then, in the 51st minute, the football gods helped Verona when they teleported the ball to the center of the box from a Fanna corner kick and left it there where Preben Elkjaer Larsen was able to whip it after a chaotic exchange past Ottorino Piotti for 1 :1.

That was it. With nearly 40 minutes left on the clock, both sides realized there was no point in further hurting each other as Atalanta were comfortably far from the danger zone and Verona were just waiting to begin their historic celebration.

When referee Alberto Boschi blew full-time, a merry horde of yellow-and-blue fans and flags poured onto the grass of Bergamo’s Stadio Comunale to salute their heroes and their commander-in-chief, Bagnoli. It was a scene we probably won’t see any time soon. Maybe never again. Lastly, a so-called provinciala medium-sized city club, won the scudetto.

To get an idea of ​​the magnitude of Verona’s performance, even by the much more balanced standards of 1980s football, let the words of Domenico Volpati – another member of this magical line-up who eventually became a doctor – suffice:

“Today we just can’t see what a feat we’ve accomplished. But the passage of time will make us understand that.”

Considering how football has evolved, he was absolutely right.