The Cult of Calcio 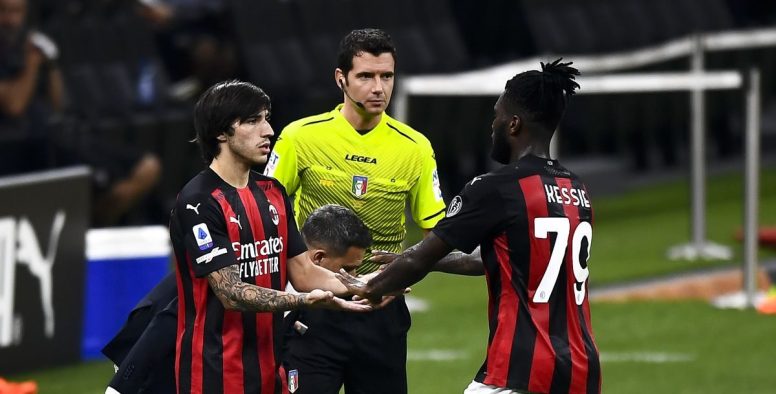 The season finale is approaching Calcio Fans are once again ready to say goodbye to some of their favorite stars. Whether club captain, talisman or influential player, all missions come to an end at some point. As for the fans, the best they can hope for is finding an adequate replacement capable of tending their wounds. On a few occasions, the alternative are already a part of the club and are slowly being prepared to take the torch from the outgoing star. So let’s take a look at the top five passing-of-torch moments duos this season in Serie A.

We’re putting this at the bottom of the list here due to its insecure nature. Finally, we’re still unsure whether Giorgio Chiellini wants to stay at Juventus for another season or call it quits. And yet Matthijs de Ligt’s future is always shrouded in mystery – largely thanks to his infamous agent Mino Raiola.

Still, that moment of passing the torch would be one of the most significant in Serie A as the captain has served the old lady admirably for 17 years.

While it’s hard for them Bianconeri If fans imagine their beloved club without their colossal defender, the presence of the Dutch star would be of great comfort to the grieving fans.

At the end of the season, Alessio Romangnoli will most likely return to the Italian capital, but this time heeding the call of his beloved club Lazio.

Now Milan will certainly be looking to replace their outgoing captain with a new signing but to be honest, Fikayo Tomori has slowly but surely usurped the former Roma man since joining from Chelsea in January 2021.

The England centre-back has shown his skills during his time in Italy Rossoneri Fans will be relieved to have a successor that is arguably an upgrade over its predecessor.

This is a bit tricky considering Paulo Dybala is a second striker while Dusan Vlahovic is a born killer.

Nevertheless, La Joya has been the toast of the city in Turin since 2015 and while Massimiliano Allegri will be hoping for new arrivals, the Serbian centre-forward has now become the real center of the project.

The 10 biggest Serie A flops this season – including the stars of Juventus, Inter and Milan

Following on from the previous entry, this one features two forwards playing different roles on the pitch, and we’ve detailed the dynamic behind this in a previous article.

To put it lightly, Victor Osimhen has already dethroned Lorenzo Insigne with the captain losing his status as captain partenopeis ultimate star as he prepares to fade into the sunset known as Major League Soccer.

The Nigerian has become the southern city’s true talisman thanks to his brave displays, crucial goals and huge commitment to the club’s cause.

For one reason or another, Franck Kessié was unable to repeat the exploits that made him one of Serie A’s best midfielders last season.

Thanks to the exploits of the Italian who Diavolo Fans are already looking past Kessié, who is expected to sign for Barcelona as a free agent next summer and are confident in Pioli’s ability to build a midfield around the former Brescia golden boy.

Tonali, Osimhen and the ten most improved Serie A players