The Biggest 10 Serie A Flops this Season 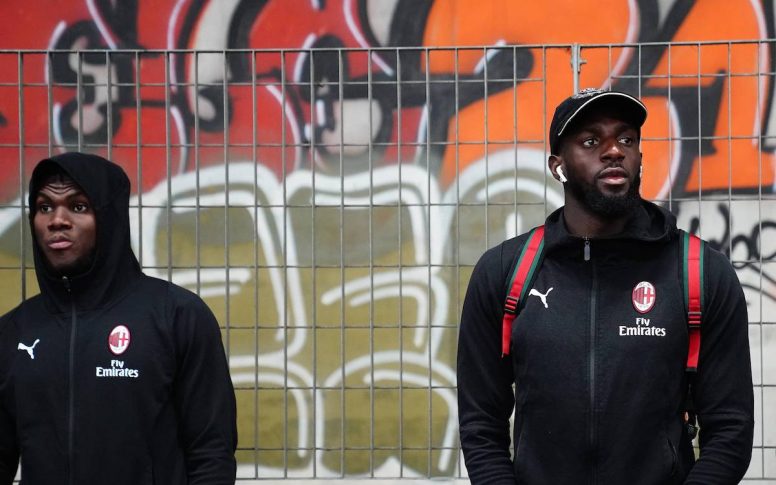 At the start of each campaign, fans and watchers place their expectations on the shoulders of the big household names. While some manage to fulfill their promise, others fall behind. This season we’ve seen a lot of players fail to deliver the goods, whether they’re playing for top clubs or those struggling at the bottom of the table. So it’s time to pick the 10 biggest flops of the Series A campaign.

Matteo Pessina had improved enormously in recent seasons. He enjoyed a spectacular season on loan at Verona in 2019/20 before cementing himself as a key piece in the puzzle for Gian Piero Gasperini last season.

So, after winning Euro 2020 with the Italian national team last season, big things were expected of them Azzurri Star.

Despite this, his development has stalled this campaign as he has shown some uninspiring performances. At the age of 24, time is still on his side, so let’s hope he rediscovers his lively form next term.

After a difficult first season in Turin marked by controversy, lack of form and recurring injuries, Juventus fans were hoping Arthur would turn the tide and finally show his skills as a good playmaker.

But even in a lean, injury-plagued midfield section, the Brazilian still struggles to make his presence felt and force Massimiliano to entrust him with a starting place.

Barring a major turnaround, his move from Barcelona to Bianconeri will go down in history as a major misstep by the Serie A club.

Last season, Antonio Conte could rely on an impenetrable defense when Inter made their debut scudetto title in eleven years.

In this tenure, his successor Simone Inzaghi has a less than impressive back line. Perhaps club captain Samir Handanovic’s demise has left its mark on his teammates, but at the age of 37 this shouldn’t come as a surprise.

However, few had foreseen Stefan de Vrij’s big fall. The Dutchman turned away De facto Leader of the backline at times in a strain. His poor performance against Olivier Giroud in the Derby of the Madonna partly caused the defeat of his team in a paramount showdown for the scudetto.

Since Fiorentina joined Roma in 2019, Jordan Veretout has been a mainstay at the heart of the Giallorossis starting grid. His status changed little with the arrival of José Mourinho last summer.

However, his position has been turned upside down in the middle of the current season, particularly following the arrival of Sergio Oliveira.

Apparently, the Frenchman’s unspectacular performances this season at Special One left him unhappy, prompting him to sign the former Porto man.

So, in a surprise turn of events, the 29-year-old can expect to remain on the bench for the remainder of the season before being unceremoniously sacked next summer.

Unfortunately for Kean, circumstances worked against him from the start of his second stint at his boyhood club.

The former Italy striker returned to Turin a day after Cristiano Ronaldo’s departure, leading some to awkwardly label him as the Portuguese’s replacement!

But forget CR7. The current version of the player hasn’t been able to recapture the magic of the forward’s original time at the club (especially his stunning run in 2019).

That’s why, growing reports Now expect the 22-year-old to cut his time at Juventus and try his luck in yet another comeback, this time at Paris Saint Germain.

Having experienced and distinguished veterans can be vital for clubs at risk of relegation. These are the types of players that managers turn to in the team’s darkest hour.

So it was a bit shocking to see how Diego Godin’s time in Sardinia had unfolded. While his struggles on the pitch are understandable given his age and deteriorating physical condition, it’s hard to justify how he and compatriot Martin Caceres left Cagliari mid-season after falling out with the club.

This dark episode tarnished the otherwise glittering career of one of Uruguay’s best defenders.

Bakayoko’s career has been a never-ending rollercoaster since leaving Monaco for Chelsea in 2017. The midfielder has been trying to find a true home but instead he switches allegiances every summer.

So a return to Milan should reignite a love-hate relationship with the Rossoneri crowds. Despite this, his second stint at the club was disregarded.

The Frenchman has become a total thinker at Milano and is sure to end his relationship with the club for good after a subpar season.

Unlike his team-mate Bakayoko, Franck Kessié remains a key member of Stefano Pioli’s squad as the club prepare for the final and crucial phase of the Serie A season.

However, the definition of a “flop” is a player who underperforms. So in that regard, the Ivorian was certainly one of the biggest flops of the Serie A season.

Last season, “The President” was arguably the best midfielder on the Italian peninsula and led the Diavolos Rush for a long-awaited return to the Champions League.

But this season, the former Atalanta man has arguably been distracted ahead of his upcoming move to Barcelona, ​​prompting his manager to occasionally leave him out of the line-up.

Luckily for Milan, Sandro Tonali rose to the occasion, taking the torch from the disappointing Ivorian.

Tonali, Osimhen and the ten most improved Serie A players

Last January, Ainsley Maitland-Niles decided to follow in the footsteps of compatriots Chris Smalling and Tammy Abraham by moving to the Italian capital in hopes of relaunching his playing career.

But after six mostly stunning appearances in Serie A on the wings, Mourinho decided to ditch Arsenal’s youth product, preferring to rely on the services of young Nicola Zalewski.

Conclusion: Not every English castaway finds his safe haven in Serie A.

In the summer of 2020, Lazio decided to invest €20m for Vedat Muriqi’s services as the club realized that they needed a new striker who could act as Ciro Immobile’s understudy.

In Claudio Lotito’s world, that number is considered high (especially for a substitute), so you can only imagine the president’s feelings when his big signing left the club last January after scoring a single goal in 38 games in the Serie A had scored in 38 games 18 months in the Eternal City.