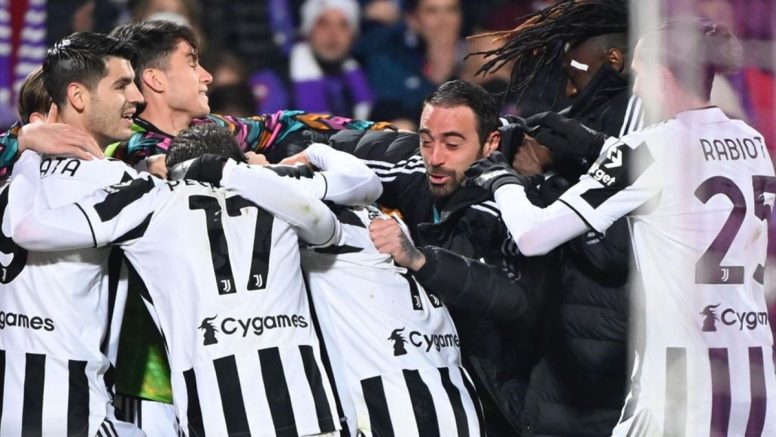 With a slight lead in the first leg, Juventus hosted Fiorentina at the Allianz Stadium for the second leg of the Coppa Italia semifinals. The home side managed to score a goal in each half to sweep past their rivals and set up a grand final against Inter on May 11.

Max Allegri opted for a 4-3-3 formation led by Ex viola Hero Dusan Vlahovic. The bomber was supported on the flanks by Alvaro Morata and Federico Bernardeschi, while Danilo acted as a holding midfielder between Denis Zakaria and Adrien Rabiot.

On the other hand, Vincenzo Italiano maintained his usual 4-3-3 formation. Arthur Cabral led the attack, flanked by Jonathan Ikoné and Nicolas Gonzalez. In the absence of the injured Jack Bonaventura and Gaetano Castrovilli, Lucas Torreira was joined in the middle of the park by Riccardo Saponara and Alfred Duncan.

Of course, the guests started at a faster pace as they were chasing the game. Despite enjoying most of the first 15 minutes, it was the hosts who created the first real chance of the game with a counterattack from Rabiot. Morata picked up Vlahovic, who broke the offside trap, but his shot was blocked by Bart Dragoswski.

A brilliant through ball put Vlahovic clearly on target, but Dragowski stormed out of his goal to meet his former teammate. The latter looked indecisive and couldn’t get his shot past the tall Polish goalkeeper.

After 32 minutes of play, Juventus broke the deadlock thanks to a former Fiorentina player. Rabiot regained the ball with a big interception, allowing Danilo to launch a counterattack. Dragowski tried to squeeze out Morata’s cross but couldn’t get the ball. Cristiano Biraghi cleared it with a head only to get through to Bernardeschi, who smashed it home with a chest-and-volley.

In the closing minutes of the first half, the Tuscans had two half-chances through Cabral and Ikoné but were thwarted by Mattia Perin and Leonardo Bonucci as the half-time whistle signaled a two-goal lead for the Old Lady.

The second half started with Fiorentina keeping up the pressure but Perin made a wonderful save against a deflected header from the corner.

Nevertheless, the Bianconeri continued to threaten counterattacks. Mattia De Sciglio found Vlahovic and the forward picked up Zakaria, who tried his luck from a tight angle. His attempt crashed into the woodwork.

In the 70th minute, Juventus thought they would end the game with a second goal but VAR wouldn’t let it happen as Rabiot was narrowly flagged for offside before ending the game.

At a time when Fiorentina were desperate for a goal, it was Juventus who doubled their lead a minute from the final whistle when Juan Cuadrado rushed into the box from the right and Danilo collected with a terrific pass. The Brazilian stuck his foot through and managed to find the bottom corner.

therefore, the bianconeris They showed themselves sovereign in the second leg with 2:0 and overall with 3:0 for a fiery line-up Derby d’Italia against Inter in the final of the tournament.