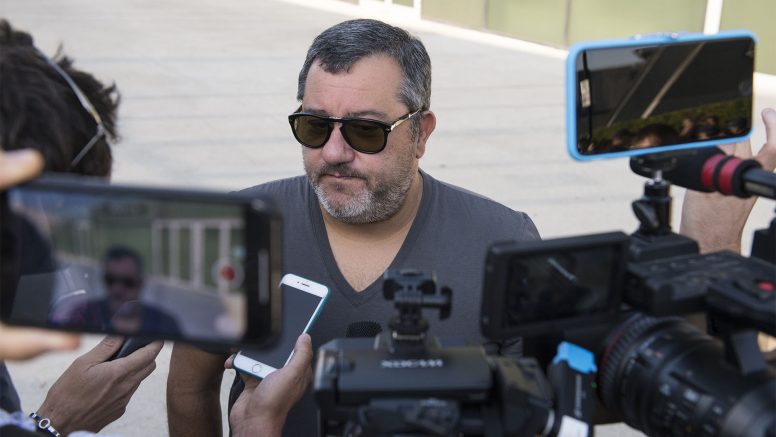 Mino Raiola has died at the San Raffaele Hospital in Milan, aged 54. He was hospitalized in January with a lung condition, but his doctors dismissed rumors of emergency surgery. His health has deteriorated in recent weeks and he has been in critical condition for some time. The tempo reports.

Corresponding forbesIn the last ranking, he was the fourth most influential agent in the world in 2020. He received 85 million euros in commissions on sales of 850 million euros. He assisted several current and former Serie A stars including Zlatan Ibrahimovic, Romelu Lukaku, Matthijs De Ligt, Gianluigi Donnarumma, Paul Pogba, Marco Verratti, Stefan De Vrij, Alessio Romagnoli, Hirving Lozano and Henrikh Mkhitaryan, among others. His agency has been focused on Erling Haaland’s future lately.

Raiola was born in 1967 in Nocera Inferiore near Salerno. When he was a child, his family moved to Haarlem in the Netherlands. Growing up, he waited tables, which earned him his nickname. In addition to his huge deals, he often made headlines with his extravagant statements. He spoke seven languages, but he told stories Corriere della Sera: “I think in the Campania dialect because it’s faster.” He had launched a crusade against FIFA trying to limit the agents’ power.

The agent brokered some of the wealthiest transfers and helped his clients earn massive wages, making him popular with players. Raiola recorded the biggest commission in history, €26m, on Paul Pogba’s return to Manchester United in 2016. He was set to crush it with Haaland’s imminent transfer.