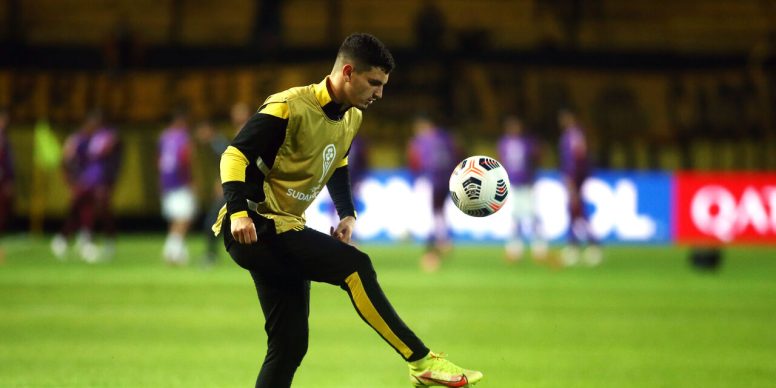 Uruguayan prodigy Agustin Alvarez is the rising name in South America after a breakthrough season in 2021 in the Uruguayan Primera Division with Penarol after scoring 23 goals in 40 games en route to the club’s record 51St state championship title.

With a host of clubs already linked with him over the past year including the Milan giants and Fiorentina, Penarol president Ignacio Ruglio has commented on the youngster’s future in terms of the transfer market.

In conversation with the broadcaster Teledolce (via TUTTOmercatoweb), Ruglio revealed that an offer from an unnamed club was turned down in the previous winter transfer window.

“We have already rejected an initial offer of 14 million euros for 80% of its price and asked for a million more,” he announced.

Ruglio went on to say that two Italian clubs are keen on the young talent’s services but did not reveal the names of the suitors.

He said: “The race is currently between two Italian clubs. It’s going to start in June, it’s a promise we made to him and we’ve already kept him for another year and there were already offers back then.”

The 20-year-old’s contract with his youth club expires in the summer of 2024 but is likely to be signed by one of Milan, Inter or Fiorentina later this year.