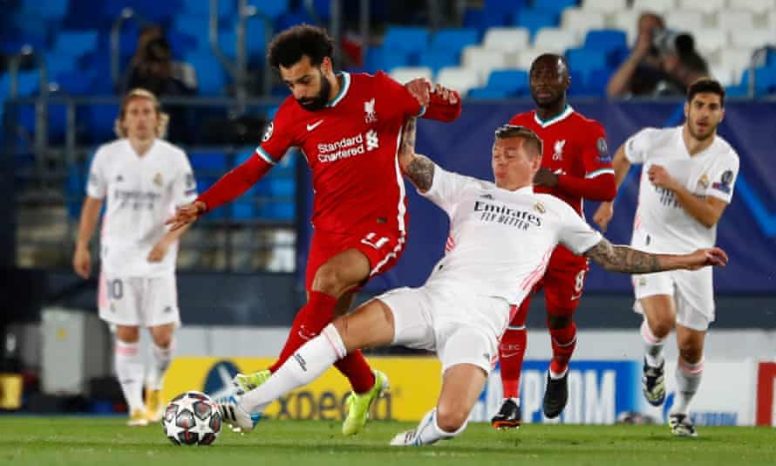 With Juventus making no progress in their ties to Paul Pogba and Sergej Milinkovic-Savic, a new high-profile name has emerged in the Bianconeri radars. With both of the above players targeting a host of other clubs, it would be in Juventus’ best interest to scout for other potential opportunities.

Juventus sporting director Federico Cherubini is reportedly keen to strengthen the midfield ranks and the addition of the new target will make Max Allegri’s side a surefire player scudetto contender for next season.

According to DiarioGol (via Calciomercato.it), Real Madrid midfield maestro Toni Kroos, who is yet to sign a contract extension at the Santiago Bernabeu, is being touted for a blockbuster move to the Turin giants. As his contract expires in the summer of 2023, Los Blancos are yet to sign a contract extension deal as none of the previous offers have convinced the German sniper to remain in the ranks of the record European champion.

Juventus are backed by Manchester City in a bid to keep tabs on the former Bayern Munich man. Touted as a €25m stolen transfer buy from Real Madrid in the summer of 2014, Kroos has achieved everything there is to win at every level of the football pyramid – from the 2014 FIFA World Cup to hat-tricking the UEFA Champions League titles.

The 32-year-old central midfielder has 356 caps for the 13-time European champions, scoring 25 goals.