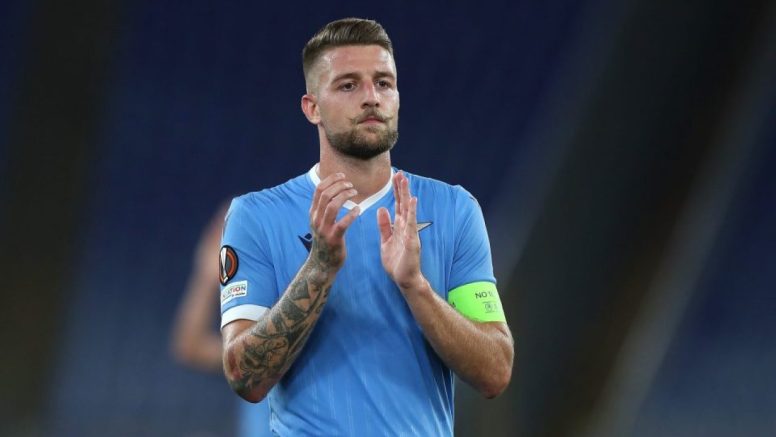 Sergej Milinkovic-Savic is almost approaching the end of his Lazio career after seven seasons etched in the Biancocelesti midfield as the main talisman. Two teams are onto the highly-rated Serbian – Manchester United and Paris Saint-Germain – and it is the former who are said to be leading the race for his signature.

According to latest reports from Il Messagero (via CittaCeleste.it), the Red Devils have been heavily scouting Milinkovic-Savic over the course of the past few months and are now convinced of the player’s ability to lead United’s midfield.

Scouts from the English club were also reportedly present in the stands of the Stadio Olimpico to watch him play against Milan in the 2-1 loss.

The Serbian’s agent – ​​Mateja Kezman – was also incidentally present in the stadium for the match, most likely to patch up dialogues with club president Claudio Lotito over offers for his client.

Bids of €65m by Manchester United and PSG are in contention to garner Lazio’s attention but it has always been made clear that they will not settle for anything less than €80m. Juventus are also keeping close tabs on developments in Rome.

#ManchesterUnited preparing an official bid to try to sign Sergei #MilinkovicSavic. RedDevils scouts watched SMS in the last games and consider him ready to play for #MUFC. His agent Kezman is in Italy to discuss with #Lazio the price. #Juventus other #PSG are also interested https://t.co/SFu76WvYE1

With 12 assists and 9 goals in 43 appearances for the Biancocelesti this season, Milinkovic-Savic is one of the club’s most important players and it will be difficult to see him leave on anything other than Lazio’ terms.