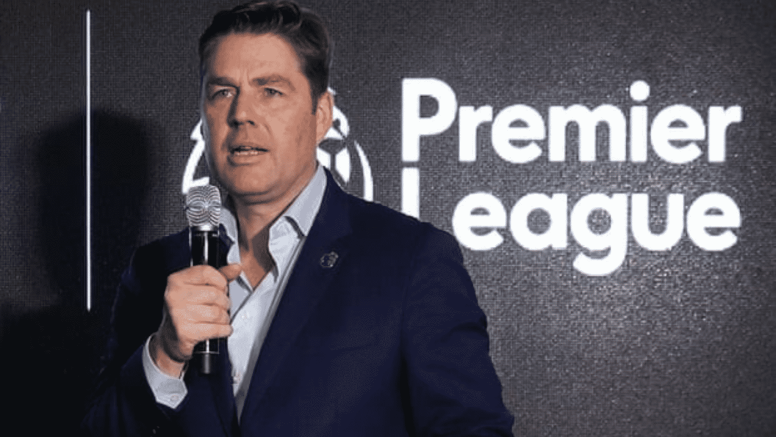 The Premier League, on Thursday, inducted six new members into its Hall of Fame but added no new Liverpool players to the list.

The exception is Steven Gerrard, current Aston Villa manager, who has already been inducted into the Hall of Fame. Gerrard personified the Premier League’s fighting spirit and was a constant feature in many teams of the season despite Liverpool underachieving during his stint at the club.

Paul Scholes and Didier Drogba are the headline faces of the new inductees’ list, and they join Crystal Palace manager and Arsenal legend Patrick Vieira and Manchester United legend Wayne Rooney who were inducted in March as this year’s inductees so far.

All the inductees took to their social media to thank the Premier League for recognition and the fans for the support shown them in their storied careers.

Scholes said: “It’s a special feeling to be inducted into the Premier League Hall of Fame along with so many fantastic players who have already been voted in and with the players who are being named today. I feel lucky and privileged.”

Drogba, who is currently vying for the post of the president of the Cote d’Ivoire football association, posted: “It is a real honor for me to have been inducted into the Premier League Hall of Fame. My years with Chelsea were so special to me, and I’m incredibly proud of everything we won as a team.

“I’m in the Hall of Fame with some of those great players I played alongside and against, which makes me very proud.”

Wright tweeted: “Hall of Raasclart Fame you know. You have to remember that for the majority of my football journey, I never thought I’d become a professional footballer. So to do that, enjoy the times I had with fans and teammates and now to receive this accolade, is a true honor. I feel really humbled and grateful.”

Schmeichel said: “I’m very honored. When I was a kid in Denmark I used to fall asleep to this dream of playing for Manchester United. The team I was part of was so good that winning the Premier League once was special, but we felt we had to retain it to prove ourselves and it was a dream come true for me to win five titles.”

The two Manchester City inductees in the latest list are two of the more recent players to be nominated for and receive the awards. However, their massive contribution to the success that Manchester City, a club with minimal history, enjoyed in the past decade-and-a-half was deserving of such recognition.

Kompany, the title-winning captain for most of City’s successes, said: “I found a home at Manchester City and in the Premier League so I am delighted to be joining the Hall of Fame. I came to love the club and I think the biggest achievement of my career was to be a part of such an incredible journey.”

Sergio Aguero, who is the highest-scoring player from abroad in Premier League history, posted: “Since I was nine or 10, I wanted to play in the Premier League. It is the best league in the world. Entering the Hall of Fame makes me happy for myself and for my family. My son can say that is something his father has achieved.”

The new inductees will all be officially honored at an event in London on Thursday evening. They will receive medallions engraved with their names and the year of their induction, and the Premier League will make a £10,000 donation to a charity of their choice.

They join Alan Shearer, Thierry Henry, Eric Cantona, Roy Keane, Frank Lampard, Steven Gerrard, Dennis Bergkamp and David Beckham in the full list of inductees since the Hall of Fame was in 2021.

Premier League Chief Executive Officer Richard Masters congratulated the new inductees. “The latest additions to our Hall of Fame were all world-class players who entertained fans around the world and helped to define different eras of the Premier League.

“I congratulate them on receiving the honor and thank those who voted for their favorite players. We now have 16 incredible inductees in the Premier League Hall of Fame and I look forward to seeing who will follow them in years to come.”