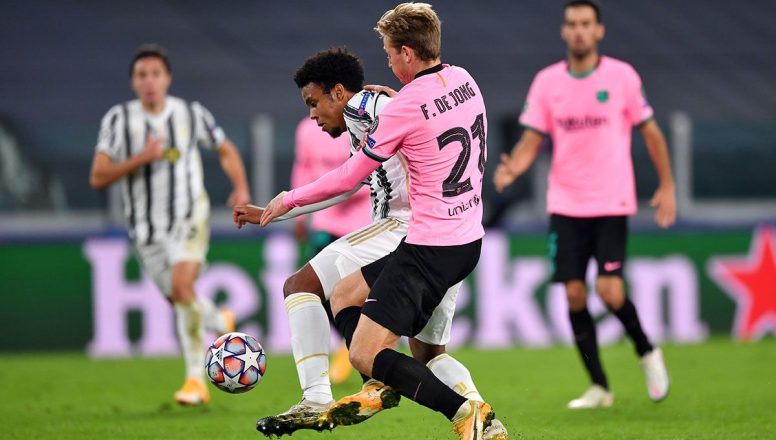 Manchester City are reportedly in the race alongside Juventus for unsettled Barcelona star Frenkie de Jong, who could leave the Camp Nou in the summer. As reported by CalciomercatoPep Guardiola has identified the Dutchman as the perfect midfield reinforcement ahead of the upcoming transfer window.

Man City’s disastrous collapse in the second leg of their Champions League semi-final match against Real Madrid prompted another heartbreaking exit in European competition and cast doubt on Guardiola’s future at the Etihad Stadium. Though he admits he “may not be good enough to win the Champions League with Man City” (via Sky Sports) the Spanish coach is already looking for reinforcements for his top-class squad.

De Jong, who joined Barcelona in 2019 and had a reputation for being one of Europe’s best candidates, hasn’t lived up to expectations in La Liga. The midfielder’s upside-down form has seen him fall down the pecking order under Xavi, relinquishing his place in the starting XI to La Masia’s rising stars Gavi and Pedri.

Although Xavi has recently reaffirmed his affection for De Jong, the 24-year-old is closer to leaving Spain than staying. Juventus are longtime admirers of the former Ajax star, but who Bianconeri must beat Man City to capture his signature in the summer.

De Jong could replace underperforming Arthur who has endured another poor season in Turin. Juventus are ready to dump the ex-Barcelona flop and replace it with the new one. However, Juve’s only chance to sign the Netherlands international could require Matthijs de Ligt to be sent in the opposite direction.

Unlike Juventus, Man City don’t have any financial problems and wouldn’t mind spending extra funds to convince Barcelona to approve the deal. The reigning Premier League champions will bid farewell to long-serving Fernandinho in the summer.

The Brazilian’s imminent departure will increase Guardiola’s need for a new midfielder. Unfortunately, that’s not good news for Juventus.