Pep Guardiola Takes Dig at Roma After Another European Collapse – 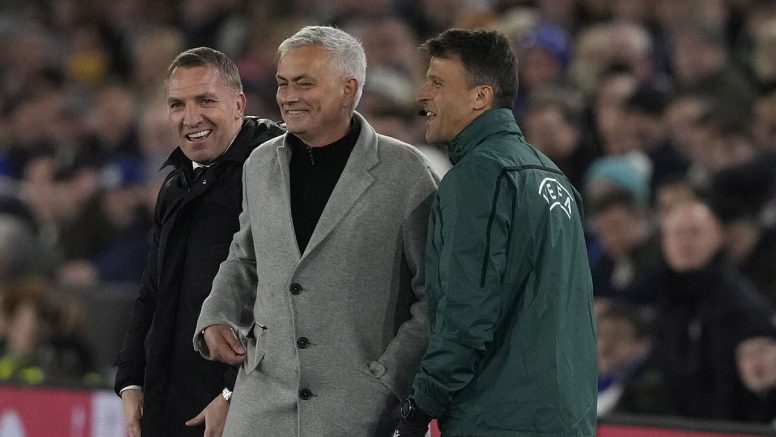 Guardiola has spent a fortune strengthening his squad at Man City since taking charge in 2016. But despite winning three Premier League titles in his five years at the helm, the ex-Barcelona manager has failed to lead the Cityzens to their first-ever Champions League crown.

Man City came tantalizingly close to winning the Champions League last season, only to watch their side suffer a heartbreaking 1-0 loss to Chelsea. The Cityzens knocked on the door this season. However, a disastrous collapse in the second leg of their blockbuster semi-final match against Real Madrid resulted in another disappointing exit.

Guardiola has helped Man City establish themselves as a force to be reckoned with in the Premier League but a lack of European silverware threatens to ruin his legacy as a manager.

Since winning two Champions League titles in his early days as Barcelona manager, Guardiola has failed to add to his trophy cabinet with Bayern Munich and Man City. With the pressure mounting on the 51-year-old, the former midfielder has pointed the finger at Mourinho’s Roma.

Guardiola targeted Mourinho’s stunning first season at the Stadio Olimpico as an excuse for his European failure, demanding money is no guarantee of winning the competition let alone qualifying for it.

“People say that this team failed because they failed to win the Champions League. I totally disagree but I accept it, I will not debate who is right or wrong,” he said.

“The day we win it I’m sure they’ll say it was because we spent so much money, not the work behind it.

“For me it’s not a question of money and the fans don’t understand that. Roma also spent a lot of money but they are not in the Champions League.“

As Guardiola pointed out, Roma have never really been in the top four of Serie A this season. Instead, Mourinho’s men will have to settle for a Europa League qualification at best.

The worst case is the Giallorossi will play in the Europa Conference League next season unless they beat the competition this season. Roma will face Feyenoord in Albania’s top flight later in May.