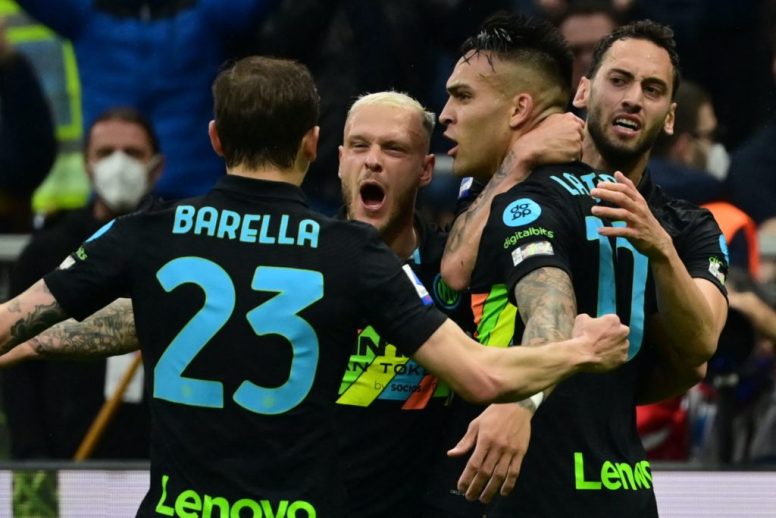 Inter made a great comeback to keep their Serie A hopes alive as they beat Empoli 4-2. Goals from Andrea Pinamonti and Kristijan Asllani left them 2-0 down after half an hour. However, they found one with a Simone Romagnoli own goal and a brace from Lautaro Martinez to put them 3-2 ahead. Alexis Sanchez then added a goal to seal the win.

Inter level from 0-2 down

Empoli couldn’t have asked for a better start as they scored the opening goal in the fifth minute. Szymon Zurkowski played a pass over the goal and Pinamonti got the ball in front of Skriniar and slammed it into the back of the net. The 22-year-old appeared to double Empoli’s lead but his goal was ruled out for offside. Inter attacked stubbornly but the visitors’ defense was solid. That Nerazzurri had some good chances on goal, notably when Denzel Dumfries received a pass from Nicolo Barella and tried to shoot. However, the Dutchman was denied by Empoli goalie Guglielmo Vicario. The champions were initially awarded a penalty after Barella was apparently fouled by Fabiano Parisi. However, the decision was reversed after a VAR review as it turned out the left-back had the ball. Things turned bad for Inter when Asllani caught a nice long ball after a misjudgment by Stefan de Vrij before slipping past Handanovic to double Empoli’s lead. The hosts pulled one back after Romagnoli netted a Federico Dimarco cross for an own goal. Inter continued to attack, Barella shot over the bar. That Nerazzurris Tenacity paid off as Barella’s pass found Hakan Calhanoglu. The Turk passed the ball in the direction of Martinez, who found the goal with a right-footed shot for his team to equalize. Just before half-time Inter had a great chance to take the lead, but Vicario made a good showing to block Ivan Perisic’s shot.

Martinez and Sanchez bring the match to bed

Inter really wanted to take the lead and attacked from the first minute of the second half. Perisic sent a shot towards goal but it was denied by Vicario. That Nerazzurri continued to trouble the opposition defense and found her reward just after the hour mark when Martinez hit the net for a second time to put his team ahead. Barella’s cross was blocked by Fiamozzi but could only send the ball in the Argentine’s direction, who scored. Inter kept attacking hoping to extend their lead and had numerous chances, most notably from Edin Dzeko. The Bosnian hit the post but later delivered a beautiful pass for Sanchez, who slotted the ball into an empty net to score Inter’s fourth goal. It was a great performance from Inter from the start. In the beginning, they lacked the end product, but managed to find the goods and achieve victory. Simone Inzaghi will be happy about the victory

What’s next for Inter and Empoli

Inter travel to Bologna for the game against the on Wednesday Rossoblu. Given its current form, the Nerazzurri is heavily favored to win the match and seal three points. Roma travel to Leicester for the first leg of the Conference League semifinals against Leicester City. The Foxes haven’t been at their best in the Premier League though Giallorossi it won’t be easy against them. GAME scorecard May 6, 2022 – Serie A 2021-2022, Matchday 36 INTER-EMPOLI 2-2 Goalscorers: 5′ Pinamonti (E), 28′ Asllani (E), 40′ Romagnoli (I, og), 45′ Martinez (I), 64′ Martinez (I) REFEREE: Mr Manganiello REMARKS: Yellow cards: Martinez (I); Overtime: 1st half 2′, 2nd half 4′