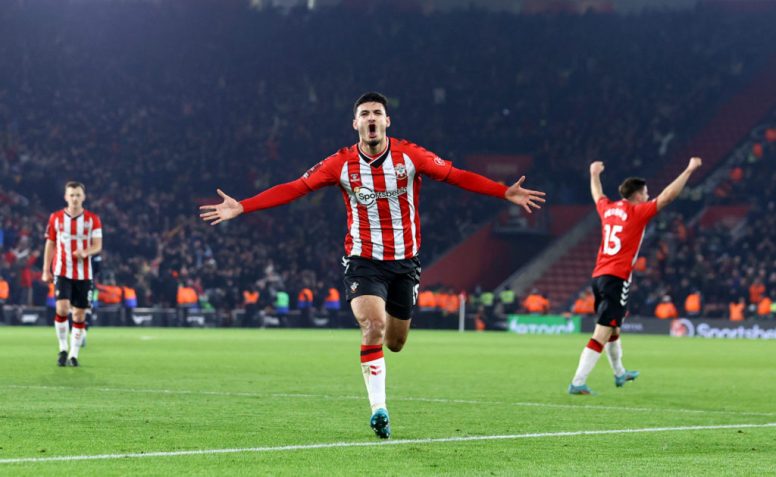 With links between interested suitors and Victor Osimhen growing stronger by the day, Napoli are reasonably prepared to lose their star striker after his breakthrough season at Napoli Partenopei. Offers have already come in from Premier League clubs including Arsenal and Manchester United. With that in mind, the southern giants are already exploring options for a centre-forward as a direct replacement.

According to British media outlet BBC (via Calciomercato) Napoli have expressed interest in Chelsea loanee Armando Broja, who is currently at Southampton. Romelu Lukaku’s arrival at the side earlier in the season necessitated a loan deal which was in the best interests of the 20-year-old’s development and since then he has shone with the Saints, scoring 9 goals and registering 5 assists in 36 appearances to date.

His form has impressed more than most this season, with Napoli reportedly having shortlisted the youngster to replace Osimhen. The Albania international is valued at 20 million euros by Chelsea, his contract there does not expire until the summer of 2026.

However, Southampton manager Ralph Hassenhuttl is keen to keep Chelsea’s youth product for another season in Hampshire to speed up its development.

Having already secured the services of Kvaratskhelia, Napoli are keen to add more firepower to their attacking line and sporting director Cristiano Giuntoli seems impressed with Broja’s growth.