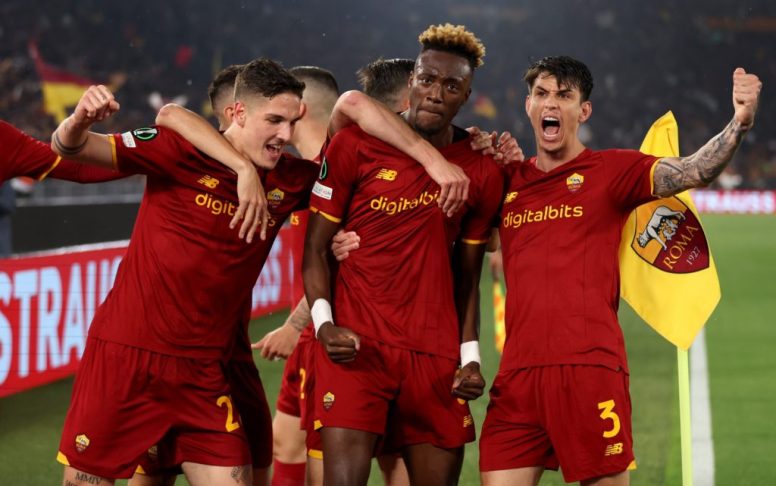 It took José Mourinho to lead Roma back to a European Cup final. That Giallorossi defeated Brendan Rogers’ Leicester City on Thursday night with a lone goal from Tammy Abraham to progress 2-1 on aggregate and secure their ticket to the final act of the inaugural edition of the Conference League.

Roma meet Feyenoord in Tirana on 26 May in a bid to lift a European trophy 31 years after losing to Inter in the UEFA Cup final. It will be a dramatic showdown because the last time the two sides faced each other – a Europa League round of 16 in 2015 – the confrontation was spoiled by a faction of Dutch fans rampaging in the Italian capital.

That Giallorossi found the goal after 11 minutes with their English talisman and defended organized until the end of the game. Leicester didn’t get their first real shot on goal until the 78th minute, but James Maddison’s shot was easily blocked by Rui Patricio.

Roma’s triumph took place under the eyes of Claudio Ranieri. The tinkerer watched the match from the Stadio Olimpico stands as he simply couldn’t miss the final confrontation between the club of his heart – which he managed on two occasions – and the one with whom he scored one of the biggest upsets in history the Premier League.

Midway through the second half, both sides of the supporters honored him with an emotional ovation. Ranieri stood and waved his hand at the Roma and Leicester fans. That was the most touching moment of a night when the Giallorossi won’t forget it anytime soon.

Roma are the last Italian club still in contention for a European title and the first to be in a final since Juventus’ unsuccessful quest for the Champions League throne in 2017.

Despite some bumps along the way, José Mourinho’s first season in charge of Roma can still be a success as he could be the first to bring home some international titles Giallorossicabinet trophy.