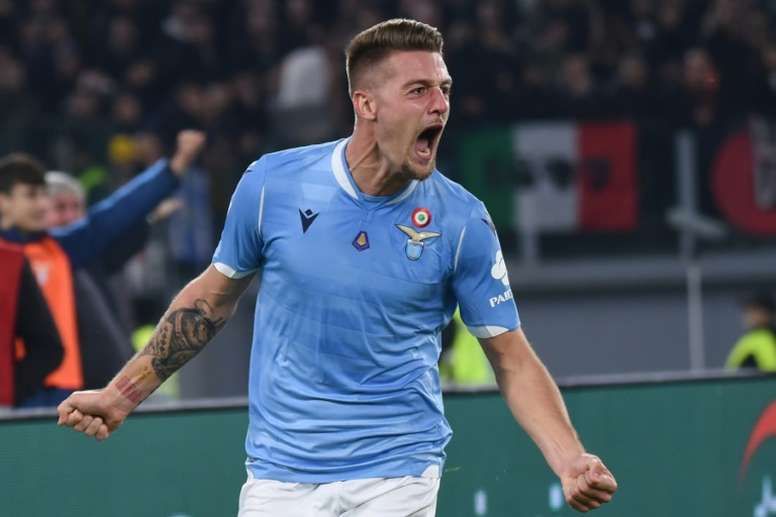 Sergej Milinkovic-Savic is one of the most sought-after players on the summer transfer market Biancocelesti Ace is nearing the end of his seventh season in Serie A. It was previously reported that Manchester United and Paris Saint-Germain have made €65m offers for the highly-rated central midfielder.

Milinkovic-Savic has been consistently linked with a Lazio exit, particularly the Red Devils and Parisians, and has popped up in British, French and Italian reports on and off.

Mateja Kezman – the Serb’s agent – was quoted by foot01 to say talks were held but has now come forward to dismiss reports of formal talks between the mediating and interested clubs.

“Sergei has no shortage of offers for the summer market. We are currently in talks with Manchester United and Paris Saint-Germain. He is focused on the season finale with Lazio, but Sergei wants to go to Manchester United,” the French newspaper previously reported, quoting the agent.

In an exclusive interview with TuttoJuveKezman screwed up saying something like that.

“This is great fake news. I haven’t done any interviews lately, some journalists are really amazing! I’m very angry, it’s a lack of respect for me, for Sergei and for Lazio,” he revealed.

The Serbia international has scored 57 goals in 291 appearances Biancocelesti since joining from Belgian club Genk in 2015/16.

His goal against Spezia took him to 10 goals of the season, becoming only the third player this season in Europe’s top five leagues to score double-digit goals and assists. He has 12 assists this season, joining RB Leipzig’s Christopher Nkunku and Olympique de Marseille’s Dmitri Payet.