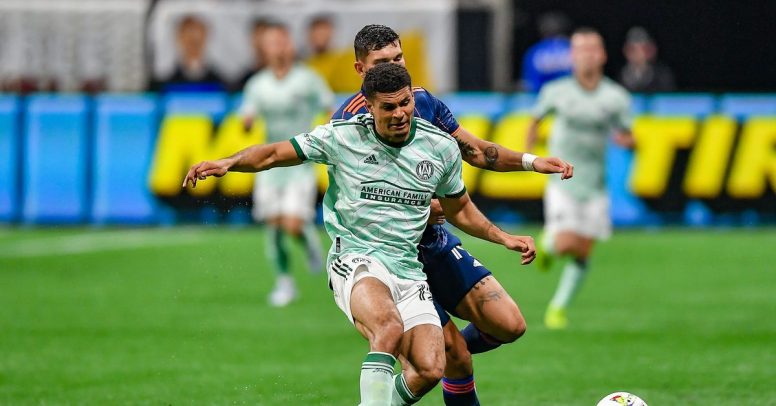 Myles Robinson was forced out of Atlanta United vs. Chicago fire Saturday with what appears to be a very serious injury to his lower left leg. Atlanta United coaches immediately attended to the player’s left Achilles tendon, but as of this writing the injury has not been confirmed.

Robinson is seen hitting the grass in frustration after there was no serious connection in the play.

Atlanta United have seen two players – both goalkeepers – hit the season by ending their Achilles tendon injuries earlier this season. The team also put midfielder Ozzy Alonso on its injury list that ends this week due to a ruptured ACL.

While we can’t confirm how severe Robinson’s injury is yet, a worst-case scenario would be a devastating blow to both Atlanta United and the US men’s team. A ligament tear will surely see Robinson miss the World Cup finals in Qatar this fall after he proved to be one of Greg Berhalter’s most important players in the playoffs.

The incident also raises questions about why three Atlanta United players suffered similar injuries in the space of just weeks. Both Brad Guzan and Robinson were injured at Mercedes-Benz. Dylan Castanheira, the other goalkeeper who tore up the AFC Champions League this season, did so while training Atlanta United on a grass pitch. Alonso’s anterior cruciate ligament rupture occurred in O’Day Field, Washington, DC – a grass field.

Whatever the cause (if there is one at all), there is hope that Robinson can make a full recovery as quickly as possible.