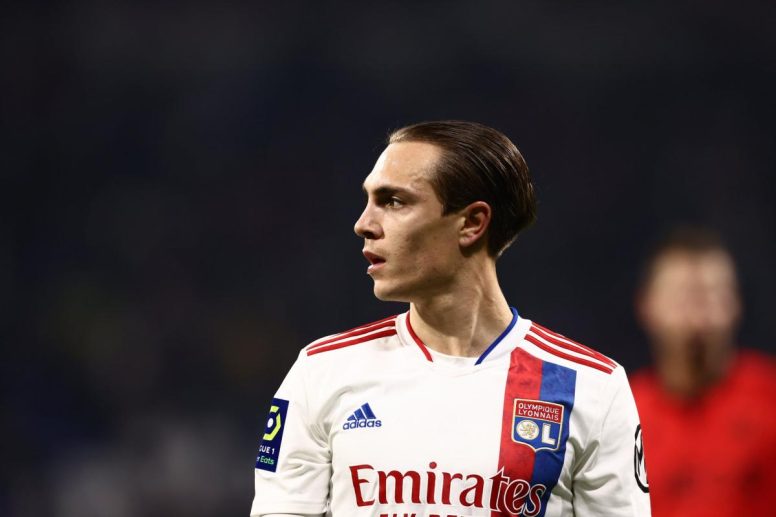 Milan are scouring the market for a central midfielder and have added Olympique Lyonnais’ Maxence Caqueret to their shortlist. That Rossoneri will lose Franck Kessié, who joins Barcelona on a free transfer. They are in talks to sign Renato Sanches from Lille. The two clubs agree on his assessment. However, he asks for a very rich contract, Calciomercato reports.

Therefore, the Italian club is looking for possible alternatives to the Portuguese international. Corresponding RMC SportsCaqueret is waiting in the extension talks Les Gones because he got an offer from Milan. His current contract expires in 2023 and his team has offered to quadruple his wages. On the other hand, he is aiming to play in the Champions League next season. However, given the deficit in the table, it’s a long way for them.

Coming from his youth department, the 22-year-old has carved out a consistent role in the first team in recent seasons. He has featured in 66 Ligue 1 games and fielded two teammates. He has 12 caps with France U-21.

That Rossoneri already signed Pierre Kalulu from Olympique Lyonnais cheaply a few years ago, with fantastic returns. Milan have become a destination for French players lately and Caqueret could be the latest signing. They already have Olivier Giroud, Mike Maignan, Theo Hernandez, Fodé Ballo-Touré and Tiemoué Bakayoko on the list. The young midfielder has a wide range of skills and would fit into the key position in Stefano Pioli’s scheme.