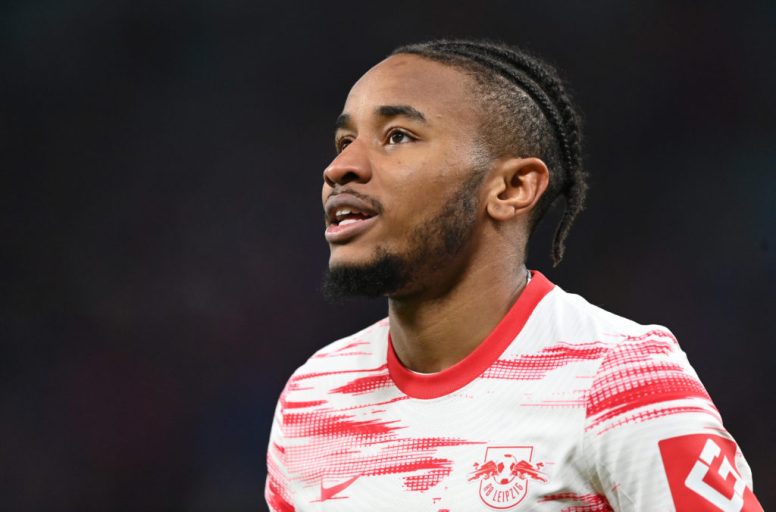 Milan could again be one of the protagonists in the upcoming summer transfer window under the new Arab ownership. According to La Gazzetta dello Sport (via Milan News), one of the most exciting names associated with the Rossoneri is the in-form striker of RB Leipzig, Christopher Nkunku.

Elliott Management and Arabian fund Investcorp are in talks for a $1.1 billion summer acquisition. It could secure much-needed funds for Milan to strengthen the squad ahead of the new season. The recruitment strategy should remain the same and involve talented junior staff.

Rumor has it that the new owners would hand over a €300m budget to the club to strengthen the squad in the summer. Nkunku caught the eye of the Milan recruiting team after his stellar season in Leipzig.

The 24-year-old Frenchman has developed splendidly since moving from Paris Saint-Germain to the Bundesliga in the summer of 2019. This season has been particularly successful for Nkunku. He has recorded an impressive 17 goals and 14 assists in 29 Bundesliga games, establishing himself as one of the most prolific strikers in Germany’s top flight.

Nkunku’s sensational performances have attracted interest from several European greats, including Manchester United, Liverpool and Bayern Munich. PSG regret the decision to sack the youth academy graduate and would love to bring him back.

However, Milan seem unfazed by the competition as they hope to improve the team for a new Champions League season. Nkuku has already proven his worth in elite European competition this season. His mesmerizing continental performances are one of the main reasons for the growing interest in his services.