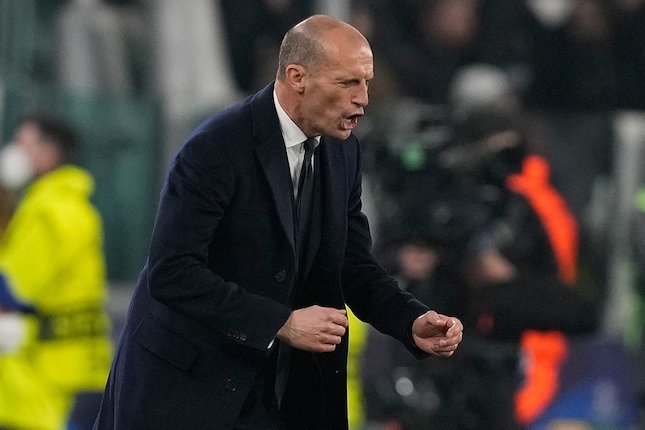 Juventus held off a nine-game Bologna draw to a 1-1 home draw on Saturday as their Scudetto hopes suffered a definitive blow. Another poor performance from Massimiliano Allegri’s men almost gave Bologna their first Serie A win in Turin since 2011.

A completely uninteresting performance in the first half by both sides did not allow for any clear chances to score. However, Marko Arnautovic gave Bologna the lead just seven minutes into the second half.

The Austria international made the most of his side’s complicated build-up game, passing Wojciech Szczesny before slamming in his sixth goal in his last seven games.

Juventus shifted gears in search of the equalizer but had to wait until stoppage time to beat Lucasz Skorupski. Dusan Vlahovic deflected Alvaro Morata’s overhead kick into the net late in added time for his 23rd goal of the season.

However, Juventus not only halted their streak of eight straight home wins in Serie A against Bologna, but also dashed their Scudetto hopes. More importantly, Roma’s potential away win at Napoli on Monday would see fifth-placed Giallorossi close the gap to three points.

Another disheartening performance has infuriated Allegri, who admitted Juventus lost “that kind of match in the first half of the season”.

“This is the kind of match we would have lost earlier this season, so we see the glass as half full. We absolutely have to do better, but we also mustn’t get depressed,‘ he told DAZN, as relayed by TUTTOmercato WEB.

Juventus at least showed character and commitment as they never gave up hope of a counterattack. That was probably the only positive thing about a thoroughly disappointing result against a team in the bottom half.

“Luckily we managed to get a point out of a situation that had become very complicated. It was a bad first half, then after being 1-0 down we hit the wooden beam and made a lot of shots on target.

“We always seem to be conceding lately, so we need to improve that and be more relaxed.“