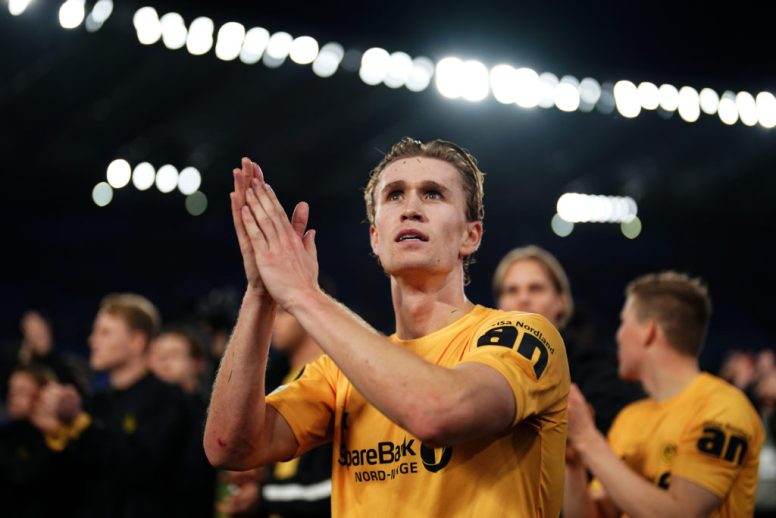 Bodo/Glimt hero Ola Solbakken, who led the Norwegian club into the quarter-finals of the UEFA Europa Conference League and enroute also helped dismantle Jose Mourinho’s Roma in the group stages of the competition by bagging a brace in a 6-1 demolition, is being followed closely by the Giallorossi‘s eternal rivals Lazio in the summer

Maurizio Sarri welcomes a summer overhaul and sporting director Igli Tare has already given the green light for a heightened presence in the transfer market.

According to reports from Corriere dello Sport, Tare has included Solbakken in his transfer purchase list ahead of the 2022/23 season, with his contract expiring at the end of the year with the Norwegians. Lazio reportedly took advantage of the forward’s presence in Rome before the 2nd leg of the Conference League quarter-finals to take some steps forward in the negotiation.

The 23-year-old Norwegian has impressed more than most with his formidable performances, with Biancocelesti fans particularly curious after the playmaker’s standout display against Roma over four matches this season.

He has 8 goals and 5 assists in 18 appearances for Bodo/Glimt this season – registering a total of 1,519 minutes. With a transfer market price of €2m, he is expected to leave for a highly discounted price in the summer, or perhaps Lazio may wait out until the next winter transfer window to get him on a free transfer.