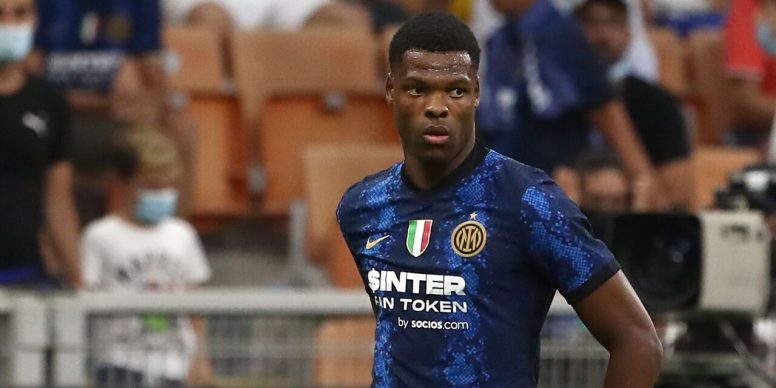 Denzel Dumfries has had inquiries from top clubs thanks to a strong second half of the season and while Inter would rather keep him they will consider selling him for a reasonable sum. Bayern Munich and Tottenham have had their eyes on him for a long time. Manchester United joined the race after hiring Erik Ten Hag. TuttoSport informed.

That Nerazzurri took advantage of his wish to join and his contract situation and acquired him from PSV for only 12.5 million euros. Its value has increased rapidly. He has settled in well after a timid start. He has recorded 5 goals and 7 assists in 41 appearances in all competitions.

Corresponding La Gazzetta dello Sport, Inter could consider cashing in on Dumfries for offers in excess of €30m. The move would have clear financial benefits for a side constantly trying to massage their finances. On the other hand, the newcomer has put in excellent performances and adequately replaced Achraf Hakimi in what initially seemed a daunting task.

Bayern seem keen on bringing Noussair Mazraoui on board which would preclude a big investment in the same role. The Premier League powerhouses would be considered front runners. Inter are yet to take concrete steps to find a replacement for Dumfries. It is a signal that his departure is neither imminent nor guaranteed. In that case, the club and the coaching staff would consider moving Ivan Perisic to the right wing. Otherwise, Cagliari’s Nahitan Nandez, Udinese’s Nahuel Molina, Shakhtar Donetsk’s Dodo and Lens’ Jonathan Clauss would be among the potential targets.