Inter Loanee Has Big Goals as Offers Start to Come In 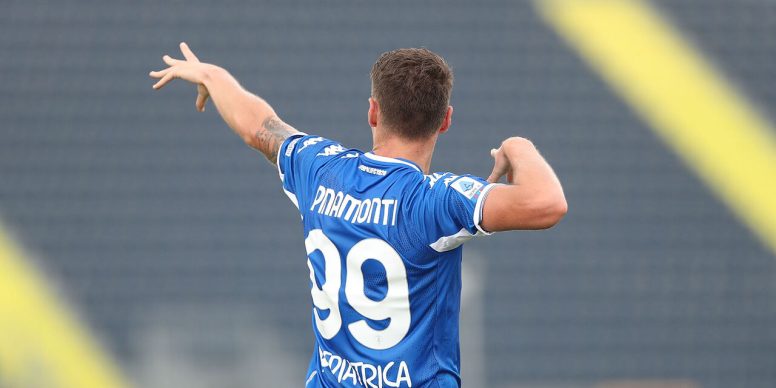 Andrea Pinamonti has a career year at Empoli and has just beaten Napoli and helped Inter in the title race: “In the beginning I wanted to tie my personal best of five goals. Then it became possible to reach the two-digit threshold. I tend to look at the facts and go step by step. I have reached my goal and I feel fulfilled.”

The young striker was talking La Gazzetta dello Sport: “After the game, President Fabrizio Corsi sent a message from Giuseppe Marotta. I was flattered, but I got a lot of messages that made me happy after the braces. Owner Steven Zhang and sporting director Piero Ausilio also got in touch and it was exciting. I just replied that I wanted her repeat chances to be increased.”

According to the publication, Inter will try to cash in on Pinamonti in the summer and have already received a €25m offer from Eintracht Frankfurt. The striker opened up about his future: “It is stimulating to know that we have applicants in Italy and abroad. I always want to get better so they grow. That way I’ll have more options when the time comes. I aspire to be an important player in a top team without taking anything away from Empoli. I will forever be grateful to them for giving me the opportunity to show my skills. However, my goal is to raise the bar and arrive at a bigger club with a lead, not as a stand-in.”