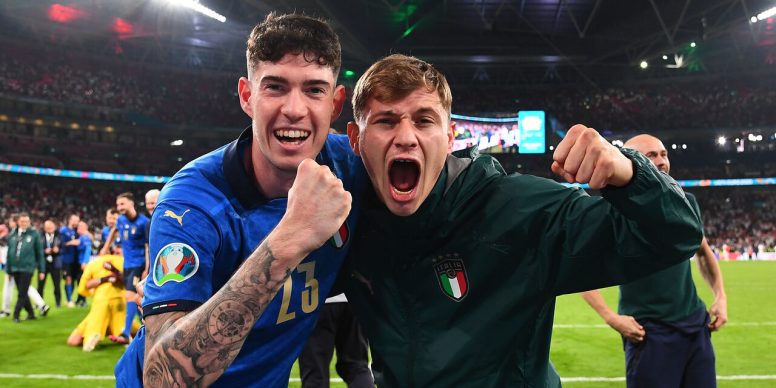 Inter centre-back Alessandro Bastoni has reportedly received plenty of praise from Manchester City manager Pep Guardiola. Despite having a plethora of top-flight defenders, the Spain coach has reportedly had his eye on the Italian defender sports illustrated.

Bastoni has enjoyed a rise to stardom under Giuseppe Meazza, becoming one of the top-rated centre-backs in Europe, let alone Serie A. After playing a significant role in Antonio Conte’s triumphant 2020/21 campaign, the 23-year-old has revealed his outrageousness carried form into the new campaign.

Along with Milan Skriniar and Stefan de Vrij, Bastoni has forged an airtight defense that has conceded the second-lowest in the league in 32 Serie A games this season, conceding 25 goals. Defensive contribution aside, the product of the ex-Atalanta youth academy has been hugely important to Inter’s build-up game over the past two seasons.

His technical qualities tick all the boxes for a style of play Guardiola wants to recruit. However, given the current centre-back options, Man City’s interest in the Inter-Star sounds a bit surprising.

Even in the absence of permanent defender Ruben Dias, the Cityzens managed to hold their own in the second leg of the Champions League quarterfinals against Atletico Madrid. Aymeric Laporte and John Stones performed brilliantly in defense to keep Diego Simeone’s side at bay at the Wanda Metropolitano.

As well as the aforementioned trio, Man City also have Nathan Ake to complement a star-studded defensive department. Therefore, news of the Cityzens’ interest in Bastoni should be taken with caution, especially since Inter have no intention of selling their permanent first-team game.

While Bastoni is likely to stay, Inter could part ways with De Vrij at the end of the season. Newcastle United and Tottenham Hotspur are reportedly eyeing the Dutchman, who could be available for €20-25m.