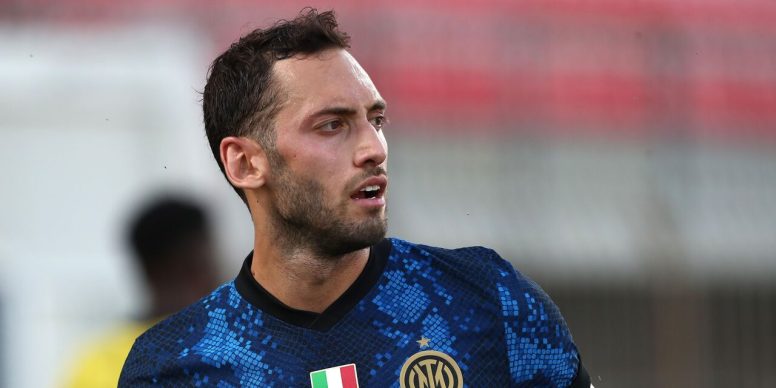 Hakan Calhanoglu revealed that Simone Inzaghi was instrumental in his decision to join Inter: “We talked a few times when I was with the national team and we quickly formed a nice bond. In the end we were both happy with my choice.”

The midfielder opened up in an interview with DAZN: “I’ve played many roles, sometimes flanking or No. 10. I perform box-to-bow now and try to do my best to listen to what the gaffer is telling me. Luckily I was able to fit in well.”

Calhanoglu took stock of his first Inter season: “I don’t like to talk about myself, but I gave everything to the team and my teammates. We want to fight to stay on top. I’m happy, but there’s always more that can be done. The most painful defeat was against Milan.”

“I took a lot of penalties, both in Germany and here in Italy. They are very meaningful against top teams. I’ve gotten used to it and I’m confident in my abilities. You don’t have to overthink these situations; you just have to believe in yourself.”

Calhanoglu has clear ideas about his Inter future: “I want to stay as long as possible because I feel at home here. I like playing in Italy because it’s similar to Turkey. It was nice to set a performance record, but I want to collect many more.”