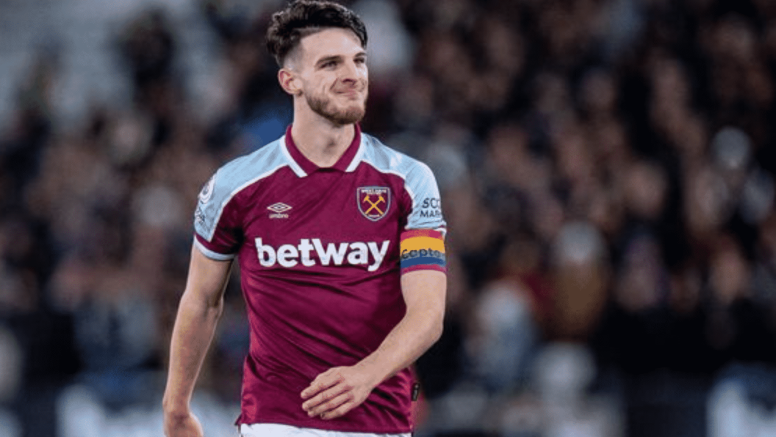 Former West Ham United centre-back Anton Ferdinand has warned Declan Rice not to care about Manchester United as he contemplates his future.

Rice is the most wanted player in the Premier League at the moment, with links to Manchester United, Manchester City, Chelsea and most recently Liverpool. West Ham boss David Moyes has already spoken out on behalf of the club by letting all suitors know the club will not accept at least £150m.

Rice also rejected three contract renewal offers from the club, which encouraged suitors. However, Ferdinand strongly advised the 23-year-old to ignore Man United’s approach as he considers his next step.

“Man United is not the place to go now. They are going through a tremendous transition period,” said Ferdinand, who graduated from The Hammers youth academy and played for their first team between 2003 and 2008. the sun.

“For me personally, if I was Rice, Manchester United is not where I would go. I would wait a few years and see what Ten Hag does. If he can do what he did at Ajax at Manchester United and make them look like a team that can challenge. Other than that, What’s the point of leaving West Ham to go somewhere where you don’t even challenge for a title?

“As a footballer, I wouldn’t go somewhere just because it’s a bigger club. You have everything in a club that you love about and you are the main man.

“At Manchester United, you will be one of many. You can stay at West Ham and challenge for Europe and be the main man.”

Ferdinand has been asked to put himself in Rice’s shoes and the former defender has said he will stay at West Ham while sympathizing with him for wanting to have the club in title talks every season.

“Personally, I’d rather stay [than join United]Ferdinand said. “But if it’s one of the teams that have been fighting for the league, and they come up with the money, it will be difficult for West Ham to keep it.

“Like I said, if he goes, we as fans will appreciate what he has done for the club. He will always be loved and rated as a legend.