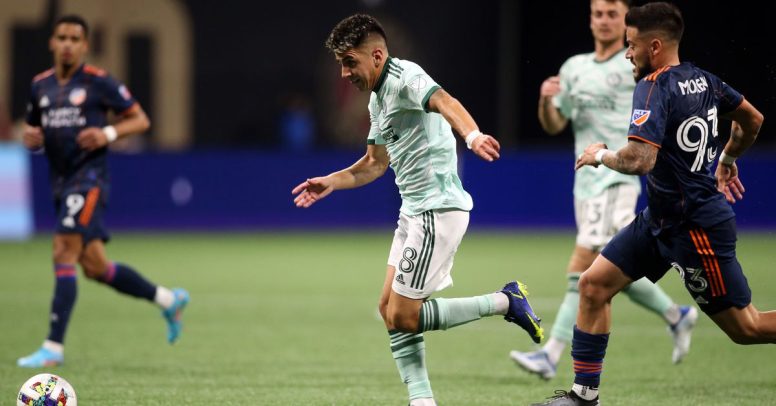 One thousand eight hundred and ninety-three days have come and gone since Atlanta United and Chattanooga last met. The Five Stripes’ first game as a team came against Chattanooga in February 2017, as the good guys won 4-0 with goals from Hector Villalba, Emil Asad, Joseph Martinez and Andrew Carlton. A lot has happened in the Five Stripes land since that historic victory, but once again these two teams are on a collision course. Atlanta begins its US Open Cup defense (champion for three consecutive years) in the third round against Chattanooga on Wednesday at Fifth Third Bank Stadium.

A repeat of the 2017 results would surely be a good thing for the Atlanta attacking lacking goal. United were closed for two games in a row and left a few goals on the table in last weekend’s 0-0 draw with FC Cincinnati thanks to errant finishing touches. Failing to score at home against one of the league’s worst defenses is bad enough, but Atlanta should be able to make at least two steps back against Chattanooga.

Chattanooga currently trades in the National Independent Football League (NISA), the third tier of American football. They beat USL Memphis 901 FC 3-1 in the previous Open Cup round, so Chattanooga is no stranger to defeating teams from the top leagues. However, he struggled at NISA, finishing fourth and fifth in Group A with two points and not winning any of his first three games.

A heavy-team rotation appears inevitable given the massive talent gap between Atlanta and Chattanooga, along with Inter Miami’s pending visit on Sunday. Newcomers Thiago Almada and Ronaldo Cisneros can begin to build harmony and momentum in the final third. The Santiago Sosa-Franco Ibarra hub looks like the perfect midfield for Atlanta until Hyndman and Rossetto return, so they can get the second leg against Chattanooga as well. Other than that, Gonzalo Pineda will likely play Backups.

Cisneros will open their Atlanta account with two goals before Jake Mulraney adds a late third, but Atlanta’s second defense won’t be good enough to maintain the shutdown.