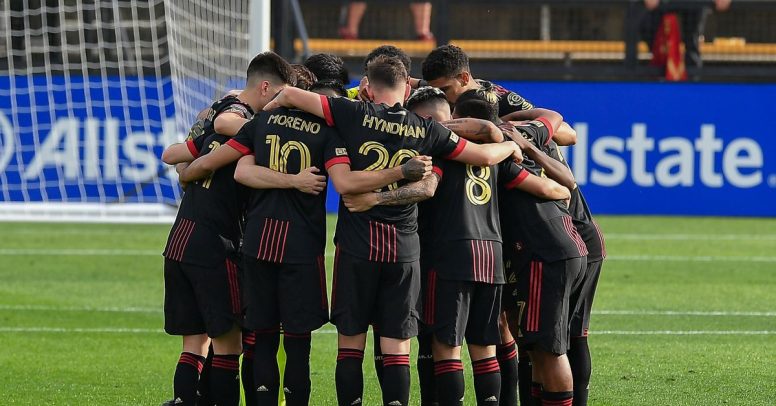 Atlanta United today announced that they have recalled goalkeeper Justin Garces under a short-term hardship loan agreement for Wednesday’s match against Chattanooga FC in the third round of Lamar Hunt. US Open Cup at Fifth Fifth Bank Stadium (7:30 p.m., ESPN+, Sports Radio 9-92 game).

According to MLS rules, a player loaned to his or her MLS club may be called up for a short-term loan agreement in the event of Extreme Hardship. Extreme hardship occurs when an MLS club has either: 1) fewer than 16 players off the field; or 2) Fewer than two guards are available. An individual player can be included in up to four MLS season rosters each season. However, this player may appear in no more than two MLS League matches. A single player may appear in any number of non-league matches during the terms of his four short-term agreements.

Garces, 21, made his first professional season with Atlanta United. He played for the Atlanta United Academy in 2017-18 before committing University of California. Garces was the main goalkeeper for the US men’s national team at the U-17 World Cup along with Chris Joslin and Andrew Carlton at Atlanta United. After four collegiate seasons, he signed as a local with Atlanta on January 10 and was sent on a season-long loan to Atlanta United 2 on February 25. He started four matches for the club in the USL Championship and is third in the league with 17 saves. He has a 1-3-0 record with a savings rate of 68 percent.